He used to climb in my car with a grim look on his face and ask me, “Do I have to go to school tomorrow?” He would collapse in his car seat, exhausted, as if it took his last bit of energy to make the ascent into our vehicle. If I didn’t respond immediately, he’d ask me again. This was not the boy I’d sent off to school in September. This despondent little guy was a stark contrast to the boy everyone outside of school knew and loved. Leo asked me this question every single day, without fail. I grew to both anticipate and dread it, because it broke my heart. I also grew to dread the taut smile of his teacher in the pick-up line as she approached my passenger side door with another white slip.The white slip would describe some incident, some nuisance behavior that had occurred that day: singing in class, fidgeting with found objects, tipping in his seat, drawing on another’s paper. These behaviors were not terrible, but they were mounting, and what bothered me most was the absence of any positive words about my son as she stood beside our car, within his earshot. Did she only see the restless, impulsive boy who asked questions out of turn and got on her nerves? Did she not recognize his creativity? His divergent thought process? His humor? His brilliance? What was he thinking as he sat there, defeated, listening to her recount his wrongdoings?
I spent last year scrambling to find an answer for him, because Kindergarten should not be this way. I unearthed my education and psych books from their box in my attic. I borrowed and purchased additional, more current, books. I reviewed all the research I could get my hands on that dealt with giftedness and twice exceptionality. I reached out to colleagues, former professors, and the online gifted community. Throughout this process, I communicated with the school. I was met with resistance every step of the way. I began to feel defeated myself but I continued to explore our options because my son’s happiness and love of learning was at stake. After much deliberation, Schizz and I decided to have Leo assessed. It was our hope that the results, from a professional in the field of education, might give us some leverage with the public school system, but when the results came in we knew any battles we would wage would be futile as he needed far more than what an already unwilling K-3 building could provide. My reading and research and reaching out to the online community began anew. We quickly decided to homeschool Leo, a path that we had never envisioned for ourselves but one that we embraced fully in order to help our child. 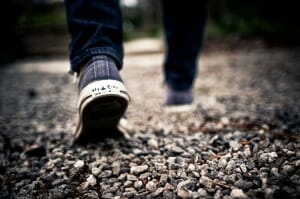 This path was unexpected but fully embraced.
Well, what a difference a year makes. Leo is happy again; his joy of learning has been restored. Put simply: he is free. I know this is the right path for him and cannot imagine him anywhere else. I am so incredibly thankful for all of the support we have received from our family and friends, our village, and also to the new communities that have welcomed my family and our story with open arms.

***
We can best help children learn, not by deciding what we think they should learn and thinking of ingenious ways to teach it to them, but by making the world, as far as we can, accessible to them, paying serious attention to what they do, answering their questions — if they have any — and helping them explore the things they are most interested in.
~John Holt
***