This is Leo. This is a story that I started a few months ago and I just finished it today. I hope you like it. 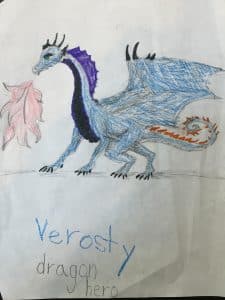 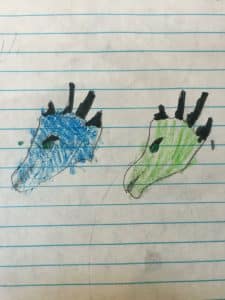 One day, Verosty became tired of their meanness. He decided to run away. He had heard of a land far away where creatures called “people” lived. He was going to journey there to see if he could make any friends. He rented a boat though he was not very fond of the sail because it had a picture of a green dragon head on it.

He sailed for months and months until he reached the land where people lived. He was amazed. He saw things he had never seen before. Strange things that put-put-puttered along the ground, and strange things that flew in the air that were too small to be dragons, even baby dragons. The whole place was new to him.

Everybody pointed and stared. Verosty wondered what everyone was staring at. After a little while, he realized that they were staring at him!

They  must have never seen a dragon before, he thought.

Then, he decided to make some friends. He looked in a trashcan. Nothing. He looked up a tree. Still nothing. Finally, he decided to look in a house. He knocked on the door of the first house he saw. A woman opened the door and screamed. The children ran to the door.

I will not hurt you, Verosty said.

The woman was still breathing hard but she nodded. He asked the children if they could be friends. They shouted:

Later he learned that their names were Jack and Janet and the woman Maurice, or as the children called her, Mom. They had lots of fun together. He gave them rides on his back and they slid down his tail. He even told them about him being blue and the other dragons being green. They understood and did not tease him.

The other dragons were surprised to see him back since they had been mean to him. He told them that they should not judge other dragons by the color of their skin, but by the content of their character.

At first, they did not listen to him but over time, they realized he was right and became friends with him. He also kept his promise and visited the children.

They all lived happily ever after.