Lately I’ve been wondering, is there such a thing as too sensitive? I’m sure you guys have all heard of Momastery. I’ve been a Momastery follower for several years now. Her writing speaks to me, not just as a mom, but as a human being. If you haven’t read anything by Glennon yet, please be sure to check out THIS, THIS and THIS. And, for the Breaking Bad fans out there, don’t miss THIS. Earlier this year, Glennon got in some hot water among the gifted and twice exceptional community when she wrote this piece but I forgave her when she posted her response on Facebook. Anyway, today my friend Kate shared this post from Momastery and it reminded me of something that happened here yesterday. 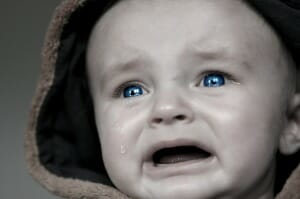 Last night, Schizz was cleaning up the after dinner wreckage while I paid some bills. T was standing beside me and we were chatting about her upcoming well child visit, which she was worried about. As we were talking, she kept opening and closing our kitchen junk drawer because she was nervous and fidgety. She was worried about several things, like the possibility of vaccinations and being embarrassed to undress in front of our doctor, but she was most worried about “feeling shy” around our pediatrician. And do you want to know why she was most concerned about clamming up in front of him? Because she feared that her shyness would hurt our pediatrician’s feelings. That’s my T in a nutshell, folks, always thinking about the other guy. Anyway, while she was nervously fidgeting with my junk drawer and chattering away, she pulled out one of those rubber thingies that you use to open jars. This particular rubber-jar-opening-thingy was old, and when she fidgeted with it, it split right down the middle into two separate rubber pieces.

Well, Schizz happened to walk by us just as this event unfolded and he jokingly said something to the effect of, “Hey, T! Why are you breaking things?” He said it in a lighthearted tone, with a smile on his face, but T’s eyes immediately welled with tears, her chin quivered, and with a sharp intake of breath, she was bawling. Everything flooded out: the worries about her upcoming visit, concern over hurting someone else’s feelings, and sadness over tearing my silly old rubber-jar-thingy.

Schizz immediately swooped her up in his arms and snuggled the tears right out of her until she was smiling again, like he does whenever this happens. T cries easily because she is supremely sensitive. Some would argue that she is “too” sensitive, but my question is: is there even such a thing? Is there anything wrong with caring so much, with truly feeling the emotions of those around you? Don’t we all strive to be selfless, to place the needs of others before our own? Don’t we want to help and love those around us?

I agree wholeheartedly with what Glennon’s daughter, Amma, said: The opposite of sensitive is insensitive. I believe that sensitivity is a very special gift, and my sweet T has been blessed with heaps of it. In turn, we have all been blessed with her.  The truth of the matter is, we all want to be surrounded by people like T and Amma.

I have great hope for the Ts and Ammas of this world. May we all learn from them. 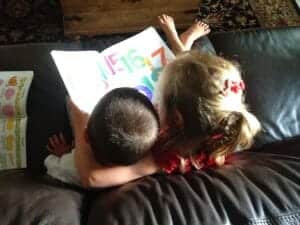 “Some people care too much. I think it’s called love.”