Hi. This is Leo and I’m doing Brain Chase. I’ve been writing some stories for Brain Chase. I thought it would be fun to share a few with you. Let me know what you think! Thanks for reading! ~ Leo

The Princess and the Knight and the Chocolate Chip Cookies 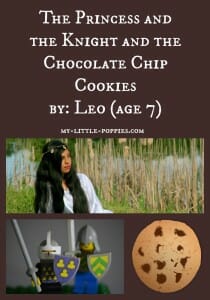 Once upon a time, a long time ago, there was a princess locked in a castle guarded by a fierce dragon. A brave knight who loved cookies lived far away. One day, he decided to rescue the princess. He built a ship and sword and sailed off for a month. He grew lonely while sailing the ocean, smelling only salt water for many days. He wanted to find that dragon and rescue the beautiful princess. 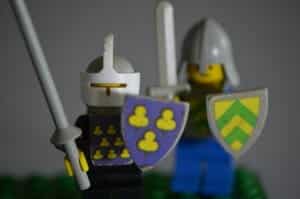 After 30 days at sea, he saw a large, blue head peering out of the water. He got closer to it and thought he smelled chocolate chips. He sailed even closer and saw the slippery body of a magnificent serpent with crumbs coming out of his mouth. The serpent blocked him from sailing on. The brave knight told the serpent to get out of the way. The serpent said, “Only if you can answer a question: What lies beyond?”

The courageous knight answered, “A beautiful princess locked in a castle, guarded by a fire-breathing dragon.” 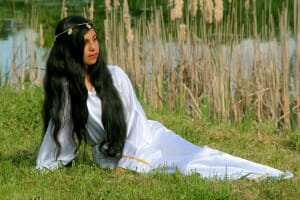 The serpent was very angry that the knight had answered the question correctly, but he had to let him pass.

The knight sailed on, hoping for something delicious to eat soon. Off in the distance, he spotted two islands. One had a hut, and one had a castle. He knew he should sail to the island with the castle, but from the island with the hut came the odor of chocolate chip cookies. He followed his nose and saw an old woman open a door in the hut. She yelled out to him, “Delicious cookies, come get some!”

The hungry knight started towards the hut, but then thought of the princess sitting lonely in the castle. He landed on the island with the castle and heard the fierce roar of the fire-breathing dragon. They fought a long, hard battle, but the knight ultimately slayed the dragon and rescued the princess. She asked him how she could possibly repay him for rescuing her. He replied, “I do like chocolate chip cookies. Do you think we could get some?” He didn’t know that the princess loved chocolate chip cookies too, and she knew where to find them. They went to the castle kitchen and the knight smelled cookies. 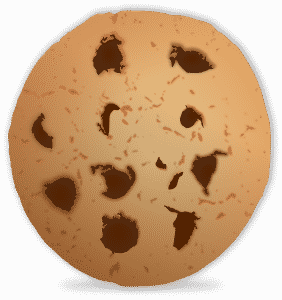 There was a giant tub of chocolate chip cookies! They took as much as they could carry in their arms and headed back to the ship. There, they ate some of the cookies. They tasted delicious! Then they sailed back on and on. When they finally got back, the brave knight was a hero. They got married and lived happily ever after. And, as for the old woman, they never saw her again.