Hi, this is Leo, and I have come to tell you about frogs and tadpoles. 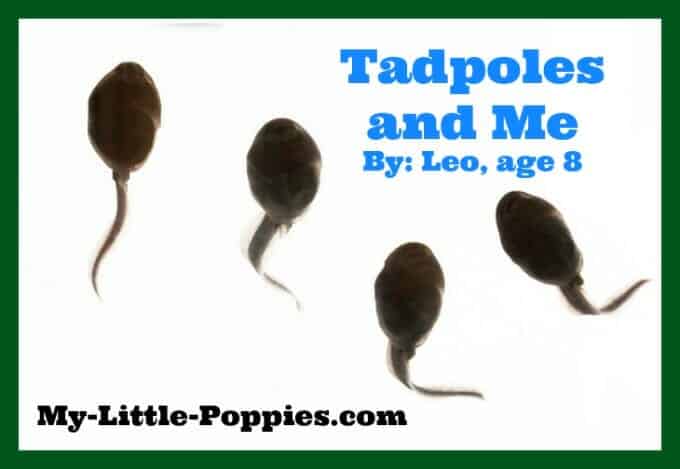 Yesterday we went to the pond across the street and we found lots of life.

There were water boatmen, there were lots of mayfly nymphs, there were water striders, and guess what! There were tadpoles! I think that was our major catch of the day! We are going to raise some. If you want to raise some, you can feed them on lettuce. Most tadpoles are herbivores but you have to make sure you feed them because if they get hungry they sometimes eat each other.  Here is a picture of a tadpole: 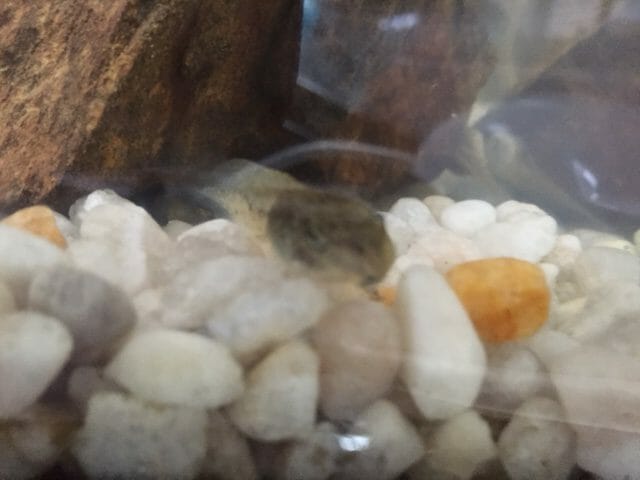 We caught more than fourteen tadpoles! We think we caught four kinds! Some were huge, we think it was a bullfrog, some were small, one was small but it already had legs, and one was really tiny, about one centimeter long. We are keeping them in a ten-gallon tank. Here is a picture: 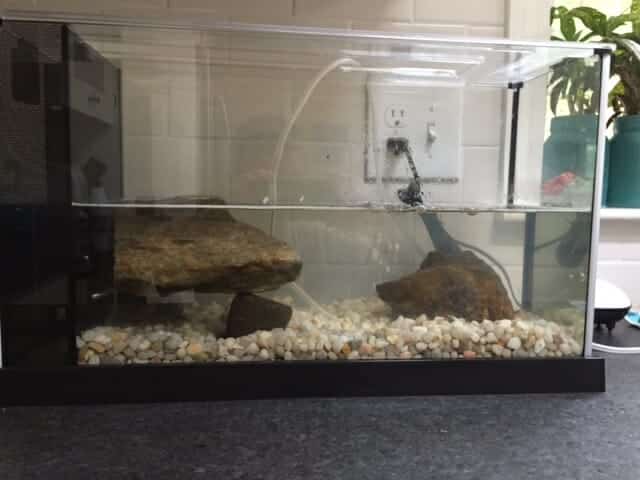 We kept the tiny one and six bigger ones, we did not keep the huge ones because we think the tank is too big for them.

Here is a video of a tadpole eating:

Most have small legs now! You can tell whether a full grown frog is a boy or a girl this way: If the circle behind their eyes is about the same size as the eye then it is a girl, and if it is about two times bigger than it is a boy. Well, if  you are going to raise some than good luck. 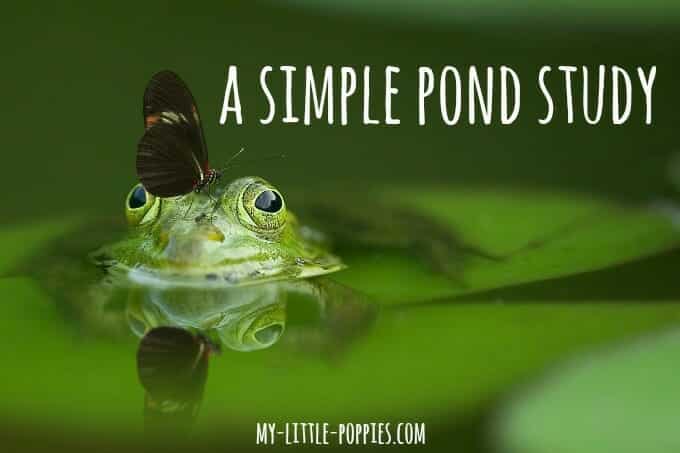