I am going to homeschool next year. I am suddenly, unexpectedly homeschooling. 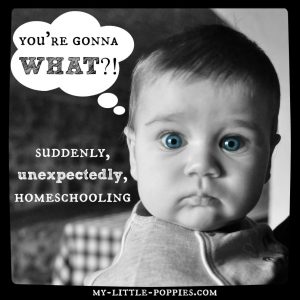 If you had told me this two years ago, I would have burst out laughing. I am an educator, a former public school employee, and a public school advocate.  I believe in public schools.So… what happened? The short answer is that we were given an outlier.

Meet Leo…  Six years young with huge brown eyes and to-die-for lashes.  He’s funny.  He’s energetic.  He’s spirited. He’s insanely creative.  He can drive you crazy with questions.  He never, ever stops moving until sleep somehow sneaks up on him and grabs hold of his insatiable little mind.  But, be forewarned…he’ll wake up talking about something interesting and he’ll have big plans for the day, so you’d better get a good night’s sleep yourself.  He’s absolutely brilliant. Although we have long suspected his intelligence, we recently decided to have him evaluated. It’s a rather long story involving some behaviors. To prepare, I did what I always do: I read a big, fat pile of books. Granted, as a school psychologist I knew a little about gifted learners but like most educators, I did not know enough.  Over the course of Leo’s Kindergarten year, I read everything I could get my hands on that had to do with gifted students and gifted education in preparation for his testing. What I read was not promising, but I read on nonetheless, determined to be an advocate for Leo.  As I read, whenever I came to a section on levels of giftedness and associated educational challenges I would think to myself, “Thank goodness he’s not that gifted” because those kids had a challenging educational road.

This is a fantastic book on outliers.
Cut to the day of testing…  I sat in my car, outside the psychologist’s home, deep in a book.  Suddenly, Leo came bouncing out of her house with a smile from ear-to-ear shouting, “THIS MIGHT BE THE BEST DAY OF MY LIIIIIIFE!!” He was soon followed by the psychologist, also smiling.  When I inquired as to how things were going, she replied that I should apply to Davidson Young Scholars.  Without even scoring the protocol she knew that Leo would meet the criteria… Leo was that gifted.Later we would learn that Leo tested on an almost 6th grade level for both reading and reading comprehension. Did I mention he taught himself how to read, seemingly overnight, and had rapid fire development after that point? And, while his reading scores were high, the psychologist referred to him as a “math kid” because he did not meet discontinue criteria on any of the performance subtests of the WISC-IV, and he managed to score at a mid-third grade level for math … um, what?? The only math we did prior to testing was Bedtime Math and we only started it a few weeks before testing at his request.  We did not hothouse. This kid is a sponge, absorbing knowledge wherever he goes. To this point, Leo attended Kindergarten at a top-rated public K-3 school. How can you meet the needs of an asynchronous gifted Kindergartener in a K-3 building?  All of the reading I had done, in addition to my experience as a school psychologist and awareness of the repetitive, spiraling nature of elementary education, told me that you cannot do it well.  From my reading and online research, I knew that many students at this end of the gifted spectrum end up partially or fully homeschooled for part of their education. As a mom, I had witnessed Leo’s love of learning dulled by sitting in the Kindergarten classroom.  There was a huge disconnect between the passionate knowledge-seeker I observed at home and the boy who climbed in my car at 11:15, exhausted, grimly asking if he had to go to school the following day. My gut was telling me he was a square peg and I was not about to squeeze him where he was not destined to be.  I knew I would homeschool… at least for the moment.

This book helped me change my education mindset.
So, the above explains how I arrived here, blogging about homeschooling (and, comically, I am not the first blogger in our home– Leo’s blog predates mine by months), but this is only a snap-shot of my recent life. Leo was the catalyst for homeschooling and this blog but there are several other, equally important, characters in this tale: Schizz, T, and Seuss. 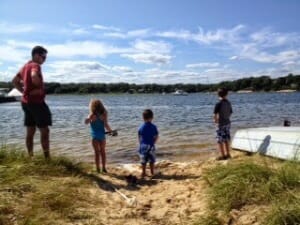 My four faves.
Schizz is, quite simply, my favorite.  He makes me laugh and he’s smart as hell.  We met eleven years ago at a wedding, where I noticed his super shiny shoes, danced with him, and gave him my number.  All this despite hearing a rather incriminating story about a vile little burrito.  The rest, my friends, is history.

T is four and a half.  She is, without a doubt, the kindest little soul that I’ve ever met– and she lives in my house! How lucky are we?  The amazing thing about T is… she was born that way.  She has, from the beginning, put others before herself.  Even at two!  Who willingly shares at two??  When I brought Seuss home from the hospital, T adopted him as her own.  He would cry out and she’d beat me to his side, often presenting something she just somehow knew that he needed (like his monkey lovey).  She cares deeply for others.  She is an amazing little human and I’m proud to know her.  Schizz and I often find ourselves wishing we could be as kind as T, as sensitive, and as generous as T.  She can be so quiet but she uses those big blue eyes to absorb it all.  I often tell friends that she may not say much but, once we are alone together, she will explode with information: what people were wearing, how people were feeling, subtle social interactions, etc.  She could be an FBI witness or a psychic… nothing escapes her.  She’s also funny and smart and beautiful.

And then there is Seuss.  What can I say about this guy?  He arrived on the scene and our family was instantly complete.  Schizz and I frequently refer to him as the “Ambassador of Joy” and it’s really true.  The kid spreads happiness.  People LOVE him.  He exudes joy, he is funny, he is charismatic.  Everywhere I go, strangers ask, “Can I keep him?”  No, no you cannot…he is ours.  He is by nature laid-back and flexible- he doesn’t care where he is, he’s just happy to be along for the ride.  He has the same big brown eyes with to-die-for lashes as his older brother.  And he’s smart.  You can usually find him grinning, with deeply dimpled cheeks, engaged in some complicated imaginative play…totally immersed in his own little world.  I often wish I could sneak inside his mind for a minute or two because I’m certain it would be an absolute blast.  He’s the only one of our three who has consistently had an imaginary friend (his “daughtette” = his daughter). Daughtette is always doing something interesting!  And so is Seuss!  At any given moment, our little Seuss can morph into a bear, battle a dragon, dance like a princess, ride a ‘tumble slide’ of his own invention, or change into Batman.  No wonder people want to keep him!

Once we discovered that Leo was gifted, we naturally wondered about T and Seuss.  They are all so different from one another, but studies show that it’s quite likely that they fall within a certain range of each other. So we are assuming that T and Seuss are somewhere on the spectrum. They both present as intelligent and, in addition, T certainly has the emotional OE and Seuss the imaginational OE.

This summer I’m going to start dabbling in homeschooling for Leo, T, and Seuss, but T & Seuss will go to the play-based preschool that we adore in September.  Everyone has been asking if I plan to homeschool T and Seuss after preschool. Folks, I just can’t go there yet.  One step at a time! 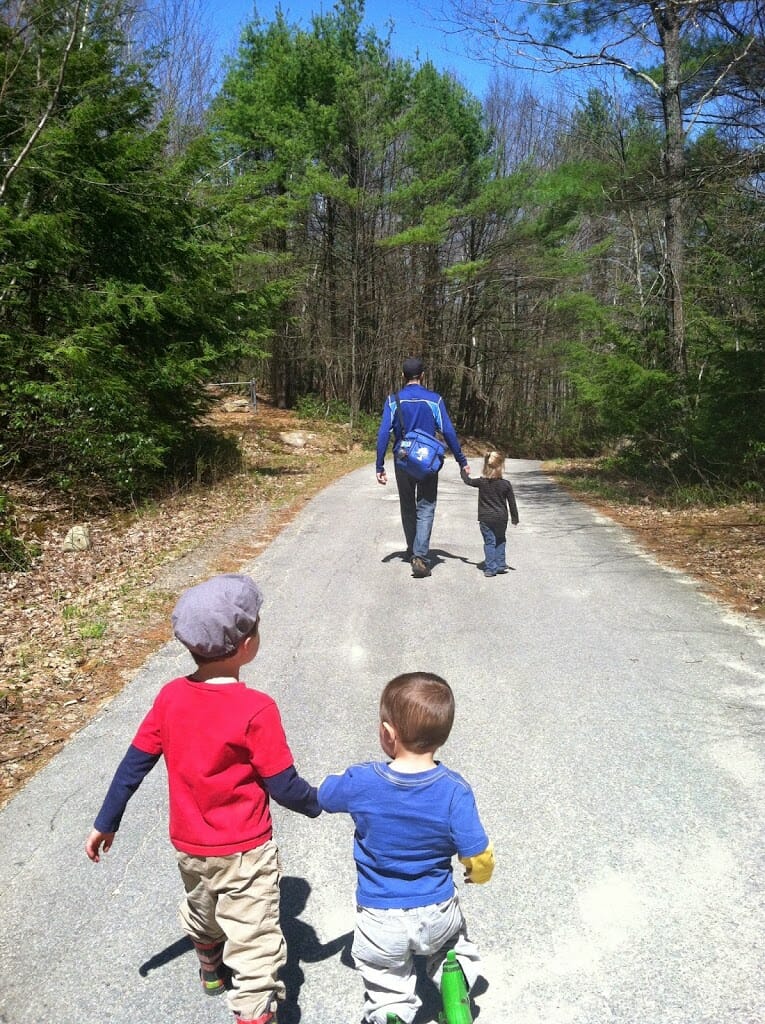 We’re all in this together, one step at a time.

In case you are wondering about the blog title, learn more about poppies here. 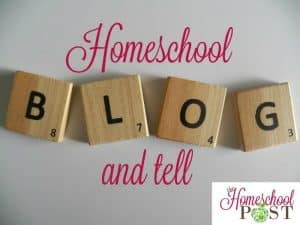 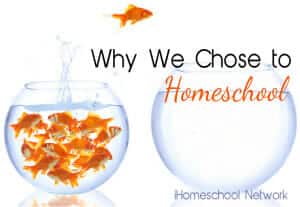 We who believe that children want to learn about the world, are good at it, and can be trusted to do it with very little adult coercion or interference, are probably no more than one percent of the population, if that. And we are not likely to become the majority in my lifetime. This doesn’t trouble me much anymore, as long as this minority keeps on growing. My work is to help it grow.

~John Holt~ Teach Your Own