Sensory STUFF (Overexcitabilties, intensities, SPD, ADHD, anxiety, behavior… call it what you will) 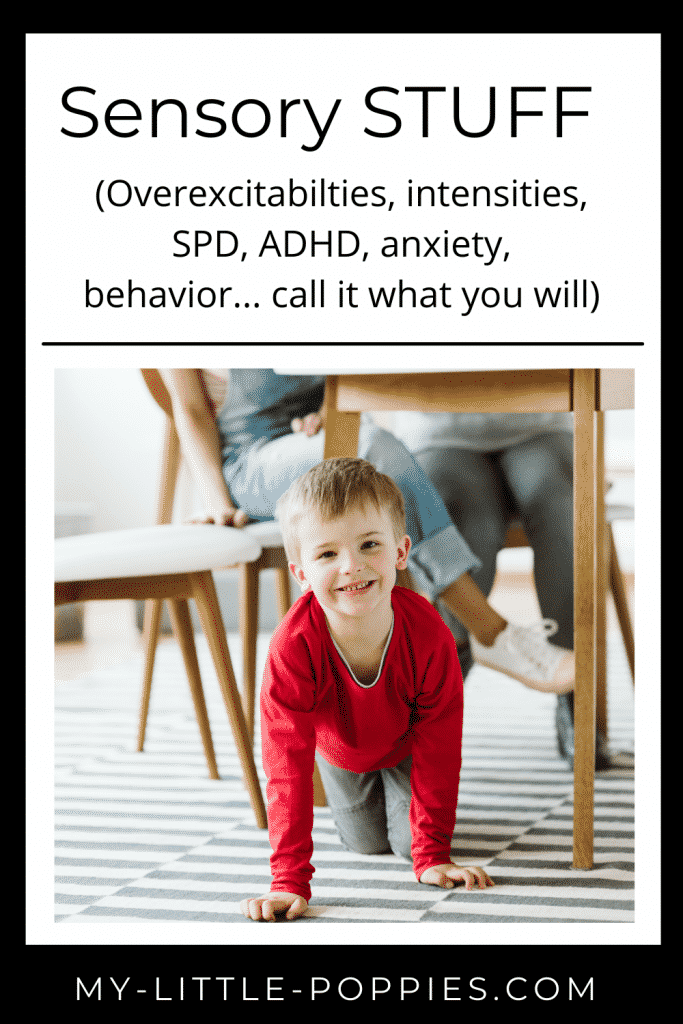 We recently had a birthday and our little family celebrated with a trip to glow bowling.  Have you ever been glow bowling?  It is a blast: loud music, flashing and twirling lights, disco balls, everything glows in the dark… all while bowling! 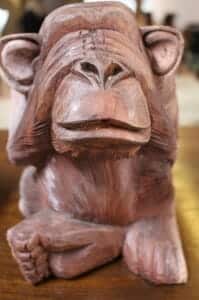 Kind of like how we don’t go to amusement parks.  Or movie theaters.  Or indoor playgrounds.

My child has sensory processing disorder (SPD). What does that mean, exactly? SPD has been compared by many to a central nervous system “traffic jam” where all the incoming sensory information (sound, smell, taste, touch, sight, vestibular input) gets all muddled together, making it difficult for those with SPD to respond to the input appropriately. Some kids with SPD over-react to incoming sensory messages, some under-react. Some are sensitive/undersensitive to all areas of sensory input, while others may have difficulty in only one or two areas (sound and texture, for example). 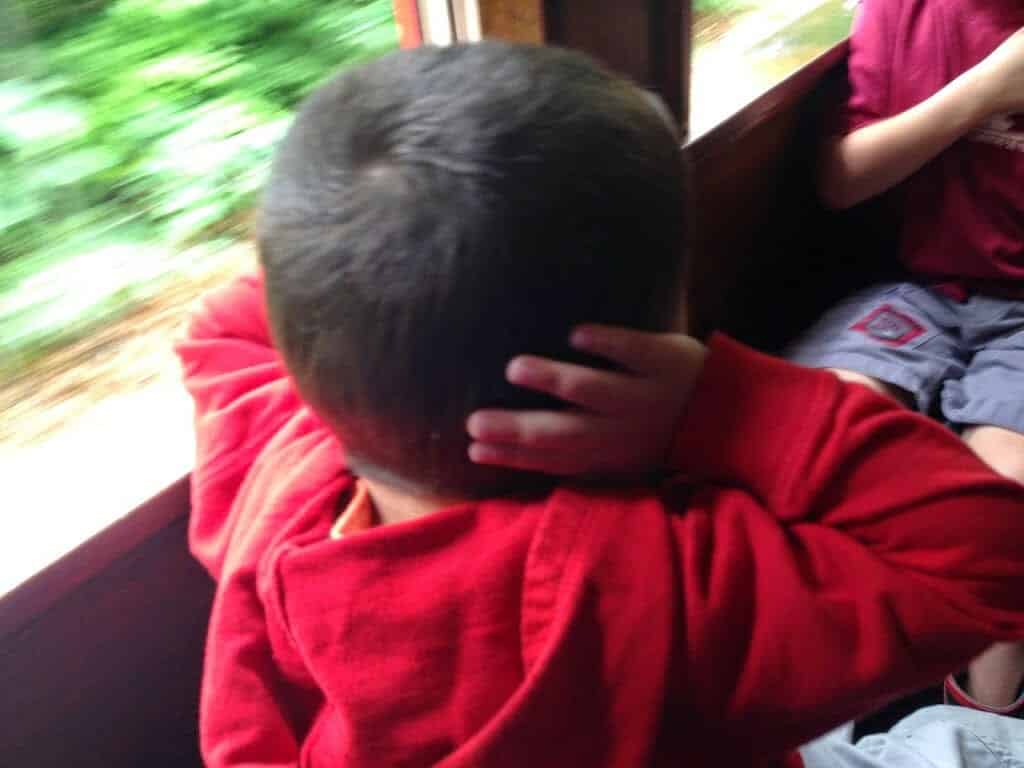 Sensory processing disorder was first recognized in the 1960s by A. Jane Ayres. More recently, it received a surge in popularity with the book The Out-Of-Sync Child by Carol Kranowitz and Lucy Jane Miller. Sensory processing disorder is one of those in-limbo and questionable diagnoses. Does it even exist? Not according to the DSM-V, which was published just last year. And the American Academy of Pediatrics cautions against using SPD as a stand-alone diagnosis, suggesting instead that it is likely related to ASD, anxiety, DCD, or ADHD. The American Academy of Pediatrics also cautions that there is limited research on SPD and the success of SPD therapies.

There has been a little bit of research suggesting that SPD symptoms may occur more frequently in the gifted population (overexcitabilities, intensitites and all that stuff). And, there’s been research suggesting that too much pitocin during childbirth can lead to SPD (Lord knows I was provided with plenty of that). But the reality is, there hasn’t been a lot of research on SPD. The disorder does overlap with, or appear symptomatic of, other recognized disorders.

Honestly, I still don’t know how I feel about SPD.

Our experience with Sensory Processing Disorder

What I do know is that my child has struggled with sensory stuff forever. He never stops moving, he can be anxious and fearful, he has extremely intense emotional reactions to various stuff. We even had him evaluated by the school system at age three, at the height of his behavior and sensory processing stuff, but his difficulties were not significant enough to qualify for school-based services. Later, while in the process of having him evaluated for giftedness, the psychologist suggested that we revisit the sensory piece.

And so we did.

The first step for both the occupational therapy evaluation and the neuropsychological evaluation was to fill out extensive developmental questionnaires and rating scales. They took forever!

And, do you know what?  Those questionnaires and histories helped us to realize something:

We have come a loooooong way, baby.

We’ve come a long way since those early days with a colicky, fussy baby who rarely slept.

We’ve come a long way since that failure to thrive period when my days revolved around getting calories in while stressing over calories expended because he never. ever. stopped. moving.

We’ve come a long way since those toddler days when he would climb anything and everything, including climbing out of his crib before he could even walk.

We’ve come a long way since having a toddler who could easily master any child safety lock, and get into everything, including turning on faucets and opening the front door at 2:00 in the morning.  I no longer sleep with one eye open.

We’ve come a long way since having that kid who was way too old to be putting everything in his mouth.

My son has overcome so many fears, including: haircuts, baths, automatic hand dryers, automatic toilets, door bells, fire alarms, crickets, mourning doves, squeaky sounding trees, John the lawnmower man, our dog escaping, drowning, doctor appointments, dentist appointments, escalators, elevators, thunderstorms, going to the beach, the sound of our heat turning off and on, the sound of our air conditioner turning off and on, etc., etc., etc.

The occupational therapy evaluation indicated that he has SPD. He seeks movement, he never gets dizzy, and he is hyper-sensitive to sounds. He has several “retained primitive reflexes.” He’s a lefty but he has trouble crossing the mid-line on his dominant side, so sometimes he’ll perform tasks with his right hand. As a result of all this stuff, he now receives outside occupational therapy services once a week and has an absolute blast.  OT can be very fun for a busy little boy!

And, while we continue to struggle in some areas, we’ve seen progress. So we are sticking with it.

Today we tackled glow bowling…
Tomorrow it might be a movie theater! 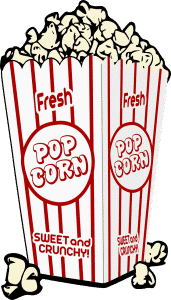 Are you wondering how I homeschool a child with sensory stuff?

Check out the post I wrote for Year Round Homeschooling about how I homeschool a child with sensory stuff.

If you are interested in learning more about SPD, you may enjoy the following resources:

And, this title always makes me giggle (only because I AM), if you’d like to learn more about giftedness and intensities and overexcitabilities:
***

If we continually try to force a child to do what he is afraid to do, he will become more timid, and will use his brains and energy, not to explore the unknown, but to find ways to avoid the pressures we put on him.