I’m feeling the need, more so than usual, to savor those last magical drops. The magic of childhood is fleeting; it will be gone in a blink. Our holidays could feel quite different next year, and it’s not that different is necessarily a bad thing, it’s just that I want to hit the pause button and relish in all of this for a while longer. 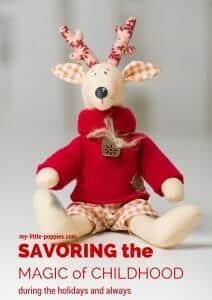 Leo is suddenly looking so much older to me, and it’s not just me- quite a few people have this observation recently. I told you guys about Leo’s past Tooth Fairy and Santa doubts. Just last week, he confessed that sometimes, when he thinks about Santa, he thinks it’s all just a myth– a myth that he’s “not ready” to test just yet. This confession was a warning, a red flag. The door to Leo’s magical childhood is closing a bit, right before my eyes. I want to push it open, to wedge a doorstop underneath it and prevent it from clicking shut and closing forever. Clearly, Leo is not the only one who’s not ready yet. 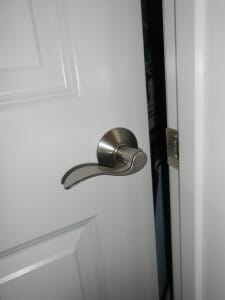 We all know time stops for no one, and I’m no exception. Rather that waging a futile battle against what inevitably will come, I’m trying to live in the moment, to be still with the wonder, to drink it all in so I can remember it later when it’s just a memory.

And so, when the kids ask to throw a birthday party for a nonliving member of our clan, I will happily oblige. I’ll bake brownies and sign cards and sing Happy Birthday to a doll. I know one day sweet T won’t travel everywhere with Linda, she will cast her aside and move on. 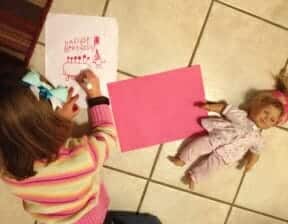 How much longer will T love Linda like this?

And when the kids place letters to Santa Claus upon the birch logs in our hearth, I’ll sit on the couch with my steaming cup of tea and drink in every last drop of their magic-filled conversations. I’ll snap a picture of them to remember the moment for always. When they, as a team, huff and puff to blow the cards up the chimney and to the North Pole, I’ll smile. And when they run off to the playroom, I’ll quickly tuck those letters in their memory books. Later, when they realize that the letters are gone and that the huffing and puffing worked, I’ll dance around the kitchen in celebration with them. 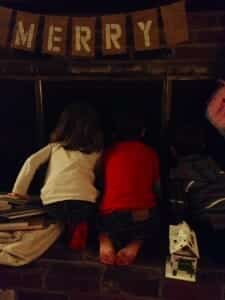 The wonder of childhood captured in one merry little photo.

And when Leo sprinkles trinkets for fairies all around his bedroom, I’ll gather each and every one and tuck them in my pocket when his mind is elsewhere. I will sprinkle fairy dust on his window sill, in his fairy house, on his beloved Flap. When he excitedly comes to me with the evidence, I’ll feign surprise. I’ll read his journal full of fairy research and observations and I’ll be excited for him. 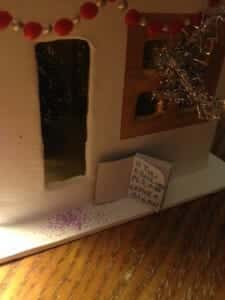 The magic and wonder of childhood are short-lived. I want to hang on to it, to tuck it in my pocket to keep forever. I know I can’t, of course, but that doesn’t stop me from wishing I could.

Childhood is a short season.

What about you guys? Does this happen to you? Do you fight the closing door? Do you relish in the little moments? Are you trying to savor every last magical drop? Share here!

Sweet childish days, that were as long
As twenty days are now.