September was a little overwhelming this year, for a multitude of reasons, including but not limited to:

Now, I’m not going to sit here and whine about each of those things. Instead, I’d like to tell you a story about the difficulty some homeschoolers have with washing away the public school mindset. It’s a story about a frazzled mom, trying desperately to get her unwilling 7-year-old back into the homeschool swing of things.

We homeschool year round over here, mostly because I truly believe that learning happens all the time but also because I have a child who – like many children – has always thrived on routines. If Leo is used to a given routine, things run relatively smoothly around here. But, if you take a break for vacation and then try to jump right back into that routine? Well, good luck to you! 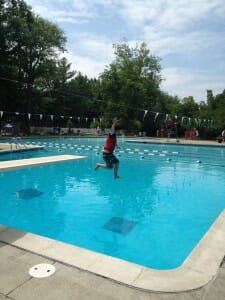 Jumping right back into that routine is no small feat!

Well, this summer was amazing. It was our best family summer ever, as we were not bound by necessary naps and no longer had toddlers. We spent the majority of our time outdoors, often with friends, and it was glorious. We squeezed every last drop of out of summer.

And I thought that would make it easier for me to kiss summer goodbye and begin the back-to-school adjustment. We’d gradually get back into a school routine with appropriate meal times and bedtimes and….

In fact, if we’re being honest, as I sat there that last week of August, writing all of the September dates in my planner, I sort of freaked out a little. As I filled the blessed blank space of that September calendar, I started to mourn summer and all its glorious space between. And, I saw last winter flash before my eyes: the illness, the chaos, the illness, the chaos. There had been a lot of illness and chaos last winter; it was like the opposite of our summer.

As I sat there, pen in hand, and looked at how full September was, I knew that I should hunker down and get this little family back into the groove. I knew it would be the smart thing to do. I would be making it easier for myself in the long run.

But, instead of doing those things, I checked the weather forecast for the week before Labor Day and it was glorious. I’m talking blue skies and 80s as far as the meteorologists could see.

So, we skipped town. We headed up north for an impromtu vacation where we spent our waking hours outdoors. We swam, we hiked, we picnicked, we spent time with dear friends, we went to Storyland one last time. While our public school friends were sweltering in classrooms, we were still having cannonball contests. We had an absolute blast. Our summer went out with a bang one week later than it was supposed to.

I knew we’d pay for it. I knew I was in for the biggest Hangover from Fun, but I felt it was worth it. I knew that no matter how chaotic this winter is, I will be able to look back on our summer and smile knowing that I didn’t waste a drop. And that felt good. 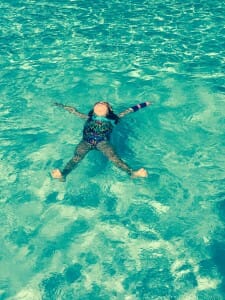 And, while I don’t regret a second, it didn’t feel good to jump back into reality. It’s comical to look at my planner because that week is pure white bliss and the following weeks were chock-full of obligations.

The kids were not the only one with a Hangover from Fun this time, you guys.

I snapped into action mode. I adjusted the mealtimes and bedtimes. I organized our calendars. I set out the outfits the night before and made snacks and lunches ahead of time. We made it to the bus stop on time. I was early for pick-ups. I checked those backpacks the second they came through the door.

All the while, I was trying -desperately- to get Leo back into a homeschooling groove. I knew he needed space to adjust, and yet we didn’t have any. This proponent of ample space between felt overscheduled and frazzled. I was yearning for that comfortable routine, but could not find it amid the chaos – chaos of my own invention.

The more I tried to get Leo on a schedule, the more he resisted. And my obligations mounted. Our preschool, for which I am a board member, was planning our very first silent auction. It was to be held on October 3rd and, because it was the first year, it was a lot of work. I spent much of September in meetings with fellow board members, soliciting donations, collecting items, responding to calls and e-mails, and planning for the event.

It was madness, and Leo wasn’t having any of it. When I needed to be somewhere, he dragged his feet. When I asked for silence, he upped the ante. Leo and I spent a lot of September butting heads.

September was whizzing past and there was no routine. My days were not my own, so how could I plan for his? I scrambled to squeeze in various subjects: during off-hours, in the car, forever on the go.

Now, of course, there was learning happening. Leo became obsessed with coding and math through Khan Academy. He continued Spanish and ASL and piano. He enrolled in a Native American-focused nature course. He devoured The Mysterious Benedict Society series, among many others.

Learning happens all the time. Yet, when life is over-full, it’s challenging to relax enough to see that. And, I spent many an evening fretting over the learning that should have been happening.

Did we do enough math today?

Did I read aloud enough?

Did we forget to cover [enter subject] this week?

What about Latin? He keeps asking about Latin. When can I squeeze that in?

His art abilities have surpassed my own. I should sign him up for art classes again, but when?

I’d devise a plan in my mind for the following day. I’d tell myself I’d be able to do it better if I just tried this one thing.

The reality was that my schedule was too full for any more things. And it was growing more full by the day, as our October 3rd Silent Auction grew closer.

One mid-September morning, while in the shower (where I am prone to over-thinking), I thought it myself:

But then, I had another thought, a better thought:

WHO SAYS SCHOOL HAS TO START IN SEPTEMBER? 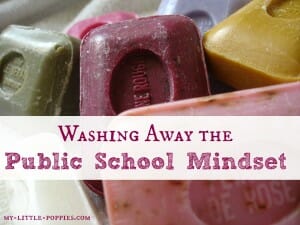 The Public School Mindset is Tough to Shake!

Here’s the thing: I love homeschooling, but I am a product of public schools. It’s hard to shake that mindset! We feel that school must start full-force in September because that is when those big yellow buses fill the streets. We see our public school friends’ back-to-school photos in our Facebook newsfeed and we feel the pressure. 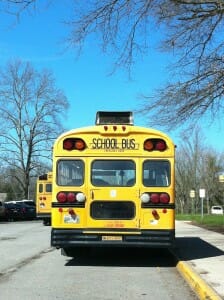 Back to school vs. back to homeschool.

Yes, September signals the start to the school year, but does it have to? Why not wait a month? As soon as that question entered my mind I felt better, as it provided me with some much needed space. I could focus on the Silent Auction without cause for concern about our must-dos and have-to-dos.

As I rinsed the shampoo from my hair, I wished that I could easily wash away the public school mindset, too! I resolved right then and there to approach the day differently. I would try not to stress, and I’d resist the urge to push him in any direction. My goal was to try to relax and see what happened.

Once again, Leo has taught me that learning happens all the time when you relax and let it.

Do you know what helps me when that public school mindset creeps back in?

My new strategy for dealing with the waves of uncertainty is to read Holt. Holt always makes me feel better about what we are doing over here!

How Children Fail by John Holt

How Children Learn by John Holt

Instead of Education: Ways to Help People do Things Better by John Holt

Learning All The Time by John Holt

Teach Your Own by John Holt

Tell me… Do you have trouble washing away the public school mindset, even when you want to be free of it? Share here!