New beginnings have always been challenging for Leo. He’s never been a kid to enter into new activities willingly, even new activities that he asked to join. He had difficulty when he started preschool. He hated his first few weeks of gymnastics. He begged to stay home when kindergarten first began. He dreaded boarding the school bus for the first time. He refused to enter his first art class. He dragged his feet getting to his first piano lesson. When faced with a new start, Leo balks -sometimes many times- before he can embrace it.

I used to think it was because he’s an anxious little guy, as he’s always been my worrier, and I also attributed it to difficulty with transitions. Yes, he’s a worrier and yes, he can have trouble with transitions, but over the last couple of years we’ve learned there’s more to this story. There’s always more to the story, isn’t there? Well, this story involves the fusion of perfectionism, fear of failure, and the gifted child.

Perfectionism, Fear of Failure, and the Gifted Child

When Leo was 5-years-old, we signed him up for town league soccer. He had expressed an interest in playing and so we went with it. Soon after the sign-up, I received an e-mail on soccer league rules. The e-mail stated that young children were required only to wear shin pads, sneakers, and athletic clothing. It said, in italics: Cleats are not required. That was good news, as I didn’t want to invest too much in case he hated soccer, plus finding cleats for tiny feet is not an easy task. And I know this because of what happened when we arrived at soccer. Read on, my friends.

That morning, Leo was restless. He was both excited and nervous about soccer. He had a ton of questions. He just wanted to get there already. When it came time for that first practice, he appeared ready. He had on a t-shirt, athletic shorts, shin pads, and his sneakers. But, when we arrived at soccer, we were met with an agglomeration of 5-year-olds outfitted for the World Cup. Everyone had cleats, folks, and soccer shorts, and soccer shirts. Leo arrived on the field, took one look at the situation, and balked. He pitched an epic fit and refused to participate. He kept shouting at us, “They have cleats! They know how to play already!” and he refused to set foot on that field. The scenario repeated itself the following week, even though I had managed to secure teeny-tiny cleats through a friend.

Leo refused to set foot on the soccer field during practice those first weeks, but I caught him playing at home. When he didn’t think anyone was looking, he’d grab a ball and practice by himself. If he thought I was watching him, he’d appear guilty and stop, but he always returned to it. The next time we went to practice, he not only stepped on the field but he also played. And he loved it.

The soccer situation elucidated something for me: Leo is a perfectionist and, as a perfectionist, he is afraid of failure to the point of complete immobilization. He will assess a new situation, determine his risk for failure, and refuse to participate if he doesn’t think he can do it well. And I should know this by now. After all, this is my zero-to-sixty child who goes from not doing something to doing it well overnight. And, do you know what? Nana and Papa caught Baby Schizz, who was a very late talker, practicing speaking in sentences in his crib. There’s that proverbial apple again!


Perfectionism is a common gifted trait, mentioned repeatedly throughout gifted literature. Perfectionism, properly channeled, can be an asset as it can drive a child to be motivated and to work hard. However, perfectionism has a dark side, too. Perfectionism and its partner-in-crime, fear of failure, can contribute to task avoidance, underachievement, and a reduced self-concept. Gifted children are often said to have a heightened awareness of the world around them, and that includes an awareness of their risk of failure in a given situation.

When Leo walked on that soccer field that first day, he took one look at his peers in their World Cup garb, and then at himself with his well-worn sneaks. In seconds he determined that his risk of failure in that situation was too high. At home, in secret, he practiced until he felt he could play soccer at a level where his failure risk was decreased. And, at that point, he loved it. He still loves soccer. 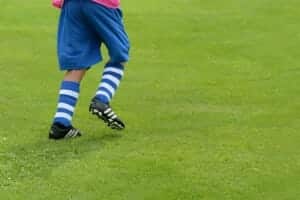 I’ve seen the soccer situation play out so many times, in so many other situations. Over time, he’s learned to cope better with his anxiety. He’s matured. He is better able to discuss his feelings. He is aware that he has a pattern of balking at new activities that he knows he will love. He’s also at an age where I can often drop him off, wish him the best, and leave him there. He tends to do better when I’m not there when he’s left to his own devices. He says so himself.

So, now to the point of this here lil’ post:

Did I tell you guys I’m a team manager of a Destination Imagination team? I didn’t really want to be a team manager. I love kids, I love to volunteer, I am fascinated by STEM, and I think DI is a wonderful program, but I have zero desire to manage a team with Leo on it. Zero. Why? Please see above.

If there was ever a kid who would love DI, it’s Leo. He spends his free time building, creating, and inventing. He has a brain filled with amazing ideas, and he rarely thinks inside the box. Also, Leo often thinks that his idea is the best idea. He needs to learn that he’s not the only guy with great ideas and that great ideas can become even greater when you collaborate with others. DI is a perfect way for him to capitalize on his strengths while working on his weaker areas. So, when I heard that there was no Kindergarten/Grade 1 team, because no one had volunteered to be a team leader, I reluctantly said yes. And I have new friends who promised to help me out and they have- big time. Thank goodness for new and understanding friends .

We just had our third DI meeting last week. Does anyone want to venture a guess as to how managing DI is going right about now? I can give you a big hint: last week’s meeting, which took place at our beloved library, required a pre-dinner return trip to the library to deliver several apology notes from all three little poppies. Our time at the library was anything but still last week, folks! 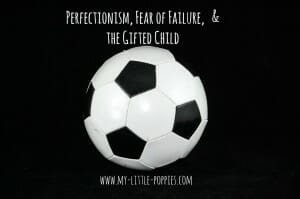 Want to see the games we are playing (and the books we are reading) each day? 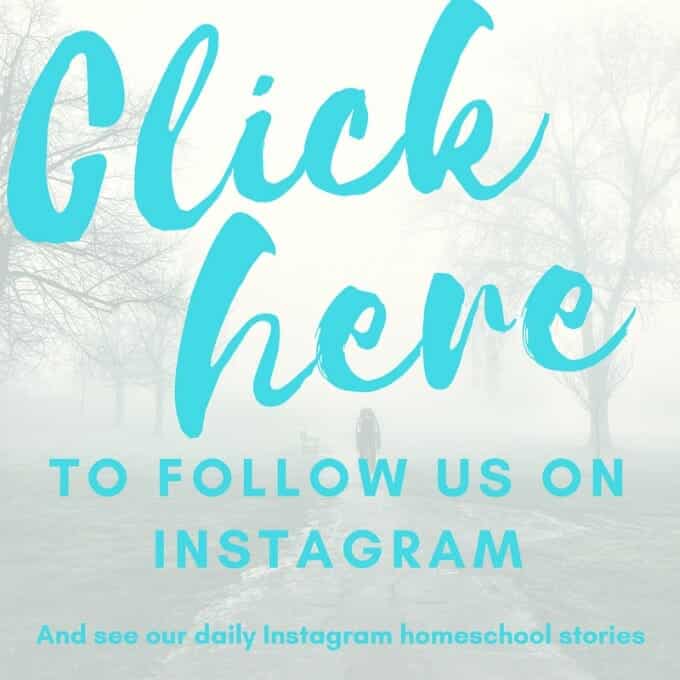 What about you guys? Do you have a kid who is a perfectionist? Has your family experienced an almost immobilizing fear of failure? Please share your stories here (as well as any DI survival strategies!).

Have no fear of perfection- you’ll never reach it.