When you are the parent of a gifted or twice-exceptional child, peer relationships are often an area of concern. While most children develop in a relatively uniform pattern, gifted learners are asynchronous in their development. And the more gifted the child, the more asynchronous that child may be. There can be huge differences between a gifted child’s physical, intellectual, social, and emotional development. In addition, gifted children are often described as being “more” than their peers: more curious, more intense, more sensitive, more energetic.

Gifted children have different social-emotional needs than their age-mates “more”-ness may impact social relationships. Gifted children may have difficulty relating to their peers. It is important for parents to understand that, while difficult to watch, this is not uncommon. Social support and scaffolding from parents and educators, especially in the early years, can be beneficial. Coping skills are among the greatest of life skills so it is important to help your child navigate and work through frustration. Above all, be on the lookout for intellectual peers and mentors- it is through these relationships that our children will build connections and discover that they are not alone. It’s also crucial for parents of gifted children to find a community. It is a relief to discover that, although it certainly feels lonely at times, you are not alone on this journey.

Today, I am excited to introduce you to Julie Schneider. I first “met” Julie three years ago, back when I first started homeschooling.  Julie is the author of Preschool Engineering. Her site gave me so many ideas for our homeschool and it continues to be a favorite of mine to this day, three years later. Julie is an advocate of STEM-based learning… and a poppy mom! I am thankful that she is a part of my gifted parenting community. I think you’re going to relate to her story and so without further ado, I’d like you to “meet” Julie… 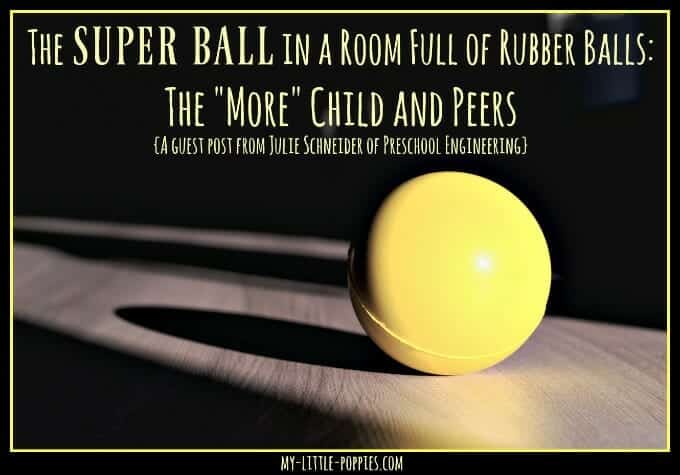 The Super Ball in a Room Full of Rubber Balls

When I read Mary Sheedy Kurcinka’s description of a spirited child, I felt comforted that I wasn’t imagining things. “More” was a perfect description of what it felt like to know and to parent My Little Poppy:

The word that distinguishes spirited children from other children is more. They are normal children who are more intense, persistent, sensitive, perceptive, and uncomfortable with change than other children. All children possess these characteristics, but spirited kids possess them with a depth and range not available to other children. Spirited kids are the Super Ball in a room full of rubber balls. Other kids bounce three feet off the  ground. Every bounce for a spirited child hits the ceiling… (Raising Your Spirited Child by Mary Sheedy Kurcinka)

My Little Poppy, like most poppies, experiences the highest of highs and the lowest of lows. In many regards, it is his biggest strength. Because he is intense and persistent he learns and remembers the minutia and nuances of whatever interests him. Because he is perceptive he sees things that everyone else around him misses, including the beauty of small things. Because he is sensitive, he has developed a refined palate for good food, good books, and good times.

The Charisma of Easy Giggles

In fact, he loves, LOVES, to be happy. (Who doesn’t? Right?) And since giggles come easily to him, people are drawn to him. Children and adults want to experience his joy. They approach him to see what is so funny and join him in laughter. But before too long they start to back away…

It happened yesterday. We had been invited to a new friend’s house. While I sat with the mom, My Little Poppy went off with his new friend. Before too long they had started to play a “bad guy” game, antagonizing the older sister of the house who went along with it for a while. Then she split off and My Little Poppy’s new friend suggested playing with hose water in the back yard.

Talk about unbounded happiness! Hose play is hands-down My Little Poppy’s favorite thing to do. 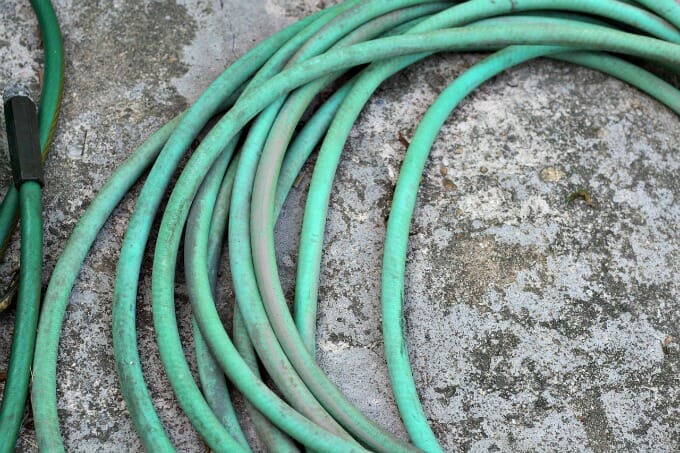 When the Giggles Run Away with Your Child

Through a sliding glass door, I watched the boys with the hose. I estimated less than one minute passed before my son hijacked the hose for himself. While his new friend watched in awe and horror, My Little Poppy turned the hose on himself. With the nozzle pointed directed at his chest, he sprayed himself. Then he shot himself in the face, up his own nose, on his head. His clothes clung to his body, water was dripping down his legs and hysteria was setting in. 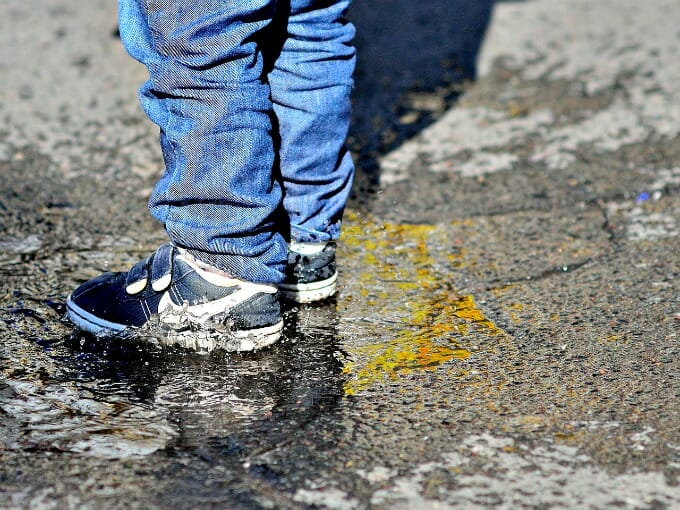 When he realized that his friend had retreated to the house, My Little Poppy turned off the hose, dried off, changed into dry clothes (which I always have on hand), and ran off to reunite with his new friend and return to harassing the girls in the house.

He was buzzing with excitement and energy. He approached the bad guy game with more rigor than before…and was shot down. His friend no longer wanted to play the bad guy game.

“YOU LIED TO ME!” he yelled at his friend. I could see the anger searing through My Little Poppy’s body. The tension in his muscles was visible. He appeared to have lost control of his impulses and ready to release his anger.

Luckily, I was there to check in with him. I explained that his friend didn’t lie. He just changed his mind. (This type of fluidity in play is extremely hard for my son to understand. He doesn’t easily flow.) Surely they could find something to do together. No. They couldn’t. My Little Poppy was experiencing the lowest of lows and needed something dramatic to bring him back from the trench.

And it was time to go. My Little Poppy’s friend had another commitment and so did we.

The Depth and Range of Anger

He couldn’t let his anger go. He was able to redirect it – away from his friend (for the time being) and toward me. But, because he is a Poppy, the anger and behavior was that of a super ball. Personal safety and property damage were clear and present dangers. I had to talk to him but not close enough that he could hit or kick me. I had to prepare food and do the work of life without allowing him to destroy our home and our things. He was throwing things, punching things, threatening me. Again, the word “uncontrollable” comes to mind.

Banging his Head in Shame

I could see it in him. His eyes changed when his anger became sorrow. I was looking at him, explaining in a slowly crescendoing voice that it was OK for him to be angry and disappointed but it was not OK to take it out on people or property. And when I reached the loudest volume with my voice to emphasize my own frustration (which probably sounds like I was yelling at him but is actually a technique recommended by his psychologist to emphasize not-exploding and to teach him to recognize “subtleties” of facial expressions and body language) he cried.

It was the super ball kind of cry – sadder than sad. Then he descended into self-inflicted pain. Since before he could crawl, he has banged his head when he is sad. When he was small he would bang his head on walls, floors, and tables, sometimes me (ouch). Now almost seven years old, he either smacks himself with an open palm, or, in more severe grief/shame, punches himself with a fist. To add insult to injury (literally!), he exclaims, “I’m so stupid. I’m so stupid. I’m so stupid.”

So you can see why I did everything in my power to avoid him from being sad as a young child. His head! His brain! His eyes! His self-esteem! What kind of damage could he do to himself?! They say a child won’t do excessive injury to himself. But I came to learn that my gut was right: some children might. Especially if they are undersensitive like My Little Poppy. 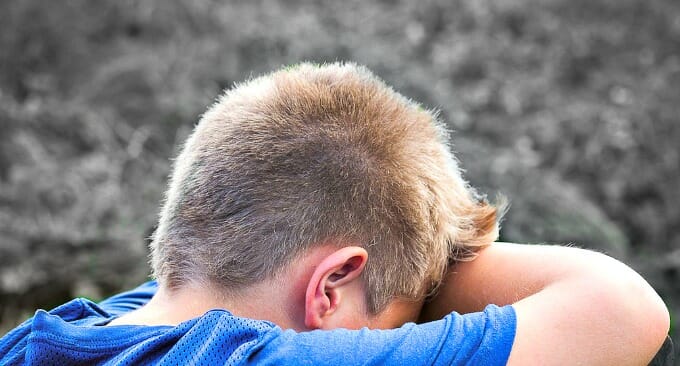 An Ounce of Prevention AND a Pound of Cure

I want My Little Poppy to experience all the emotions, even the hard ones. But…

…I don’t want playdates to devolve into blowout insult-hurling ridiculousness. That type of ending probably does more harm than good when it comes to teaching social skills to a twice-exceptional child.

…I don’t want his profound sadness, and his self-injurious coping techniques, to escalate to something drastic.

So I try to have a multi-pronged approach to parenting My Little Poppy with special consideration regarding these situations:

Because what is a Poppy Life without someone ruminating about how to do better? 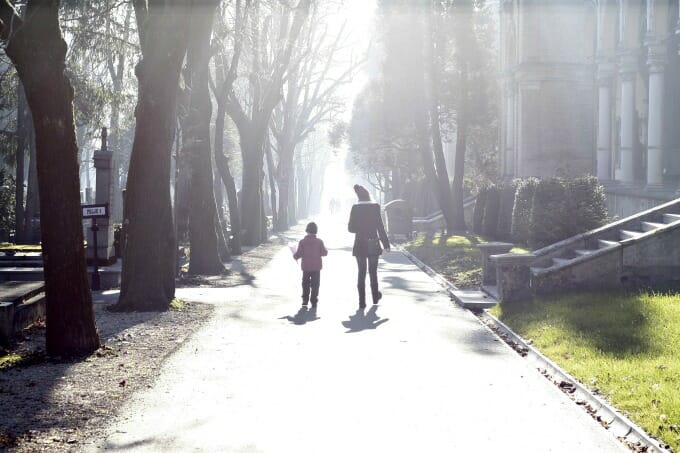 Now, it’s your turn. Tell me: Is your child the super ball in a room full of rubber balls? Share here! 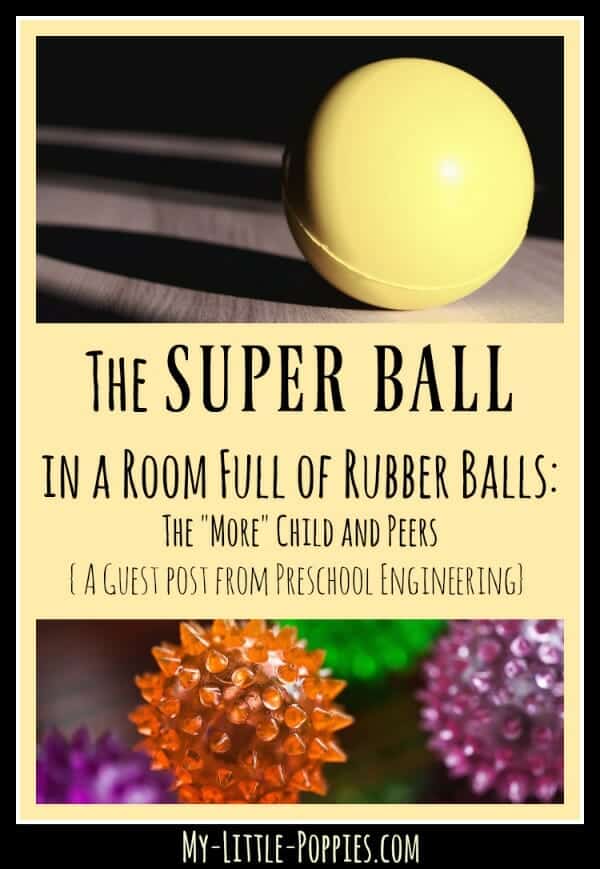 Are you parenting a gifted or twice-exceptional child? 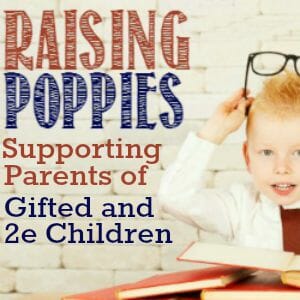 Are you just starting out on the gifted/twice-exceptional journey?

Check out these resources:

Are you the parent of a gifted or twice-exceptional child?

Be sure to check out Gifted Voices: A Series of Personal Stories. It helps to know that you are not alone on this journey. I will be adding to this series in the coming months, so stay tuned! 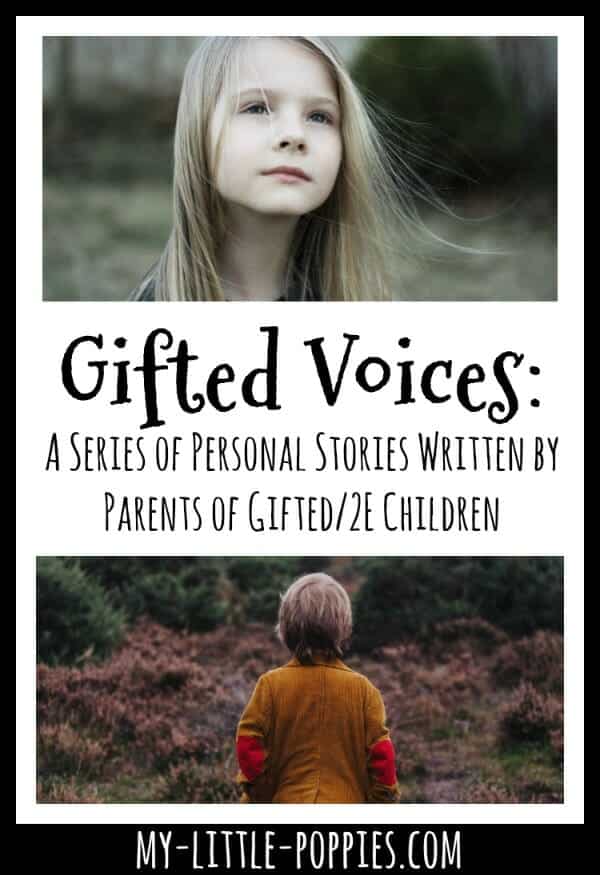 This post has been part of the September 2016 Gifted Homeschoolers Forum blog hop. Please click the image below to read other posts in this series. 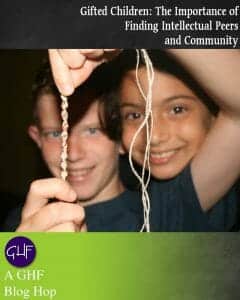