Do you remember playing Oregon Trail as a kid? Computer class was such a blast, wasn’t it? (Well, it was a blast until you died of Dysentery!)

I have recently discovered The Oregon Trail Card Game… and it’s a completely hilarious trip down memory lane!

The Oregon Trail Card Game Is a Fun Trip Down Memory Lane! 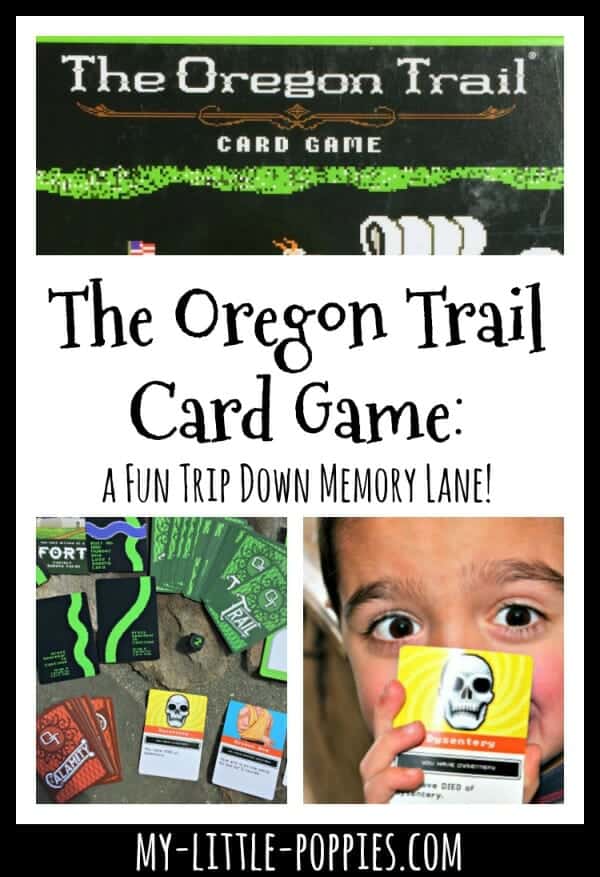 This post is part of my Growing List of My Little Poppies Game Reviews. Slowly but surely, I am making my way through our game closet and sharing our thoughts. Stay tuned for more posts in this series!

The Oregon Trail Card Game is a blast from the past!

The Oregon Trail Card Game will bring you back to sixth grade! I have thoroughly enjoyed sharing this game with my children. 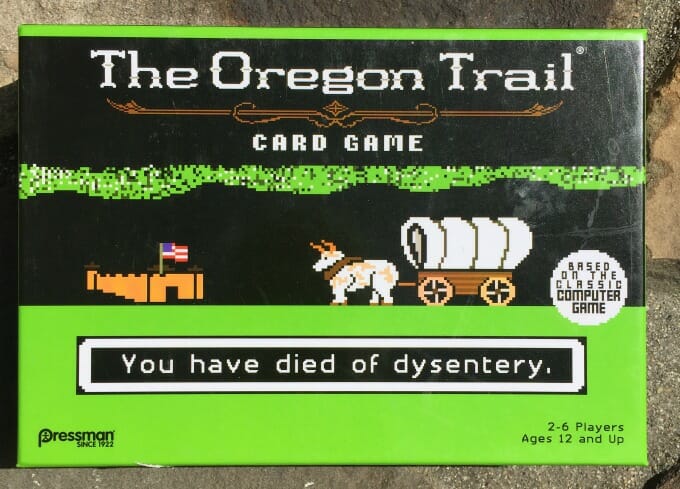 My kiddos find this card game to be both challenging and absolutely hilarious (in part because they cannot believe I was “alive when computer games looked like that!”)

Included in the game: 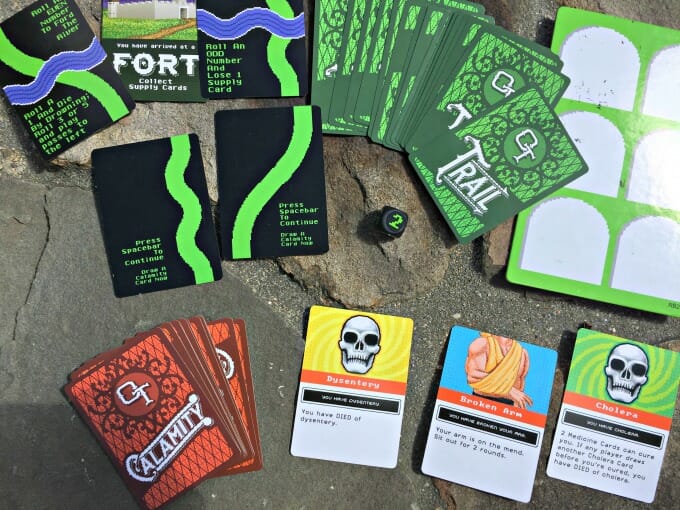 Goal of the game:

This collaborative game is a nod to the original computer version. The game simulates a trip over The Oregon Trail in 1847. All players are members of a wagon party that is attempting the 2,040-mile journey from Independence, Missouri to Willamette Valley, Oregon.

The goal of the game is for one player to make it to Willamette Valley, Oregon alive.

And, if you’ve played the game before, you already know that this is easier said than done!

How to play The Oregon Trail Card Game

The Oregon Trail Card Game is simple to setup and fun to play. 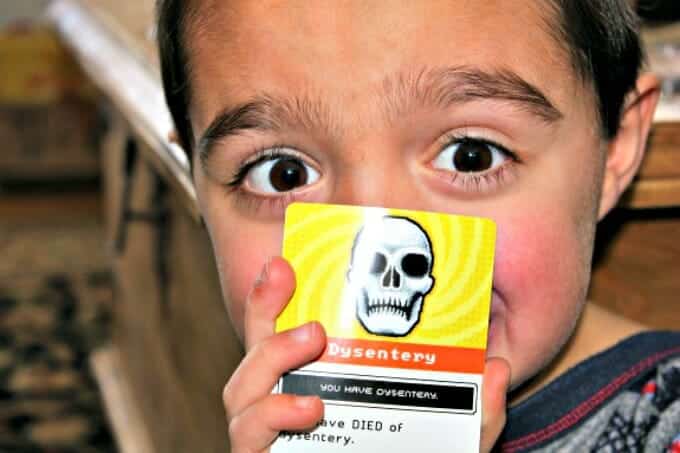 The game ends when one player makes it to Willamette Valley, Oregon or when all players have died.

It’s important to warn young players that most people die during this game. The instructions included with the card game state this, so show it to the kids ahead of time so as to avoid tantrums. (I have had my share of board flipping and this is what I did to make the game fun and not filled with tears!)

We do too! Check out this article for more of our family’s favorites: 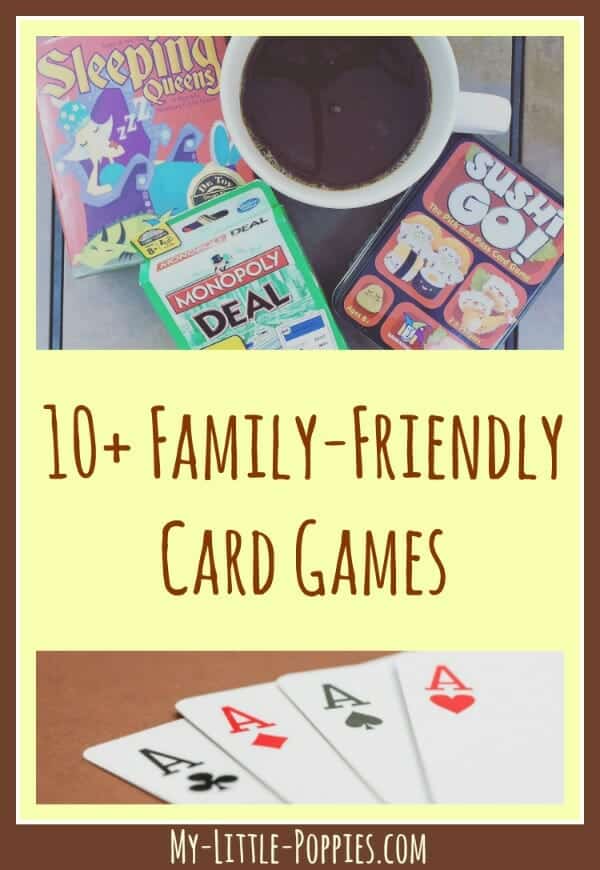 Do you love games and gameschooling?

Be sure to check out these related posts:

Do you want to see our gameschool in action?

Be sure to follow My Little Poppies because we share snapshots of gameschooling moments… and heaps of incredible books!

You are also invited to join the My Little Poppies Gameschool Community, a private Facebook Group for parents who wish to add more play to their family and/or homeschool routine.

Now, it’s your turn. Tell me: What is your family’s favorite game right now? Share here.