I think I stumbled into something good today, and I love it when that happens. I thought I would share it here in hopes it will help another mama in the throes.

First, the backstory: My kids are getting over being sick. It was nothing terrible, but it was enough to disrupt sleep and moods and cooperation levels. And once you get into a bad sleep pattern, it is tricky to get it back on track.

And my husband has been working … a lot.

All this to say, the kids have been such grumpy little bears. Drama here, drama there, cry over this, squabble over that. I rolled with it until it got to me… and then I turned crabby, too.

Anyway, I’ve been feeling guilty at night, once they are in bed. I think about the day in my head. What could I have done differently? How can I prevent, or at least decrease, these outbursts?

And then it dawned on me… 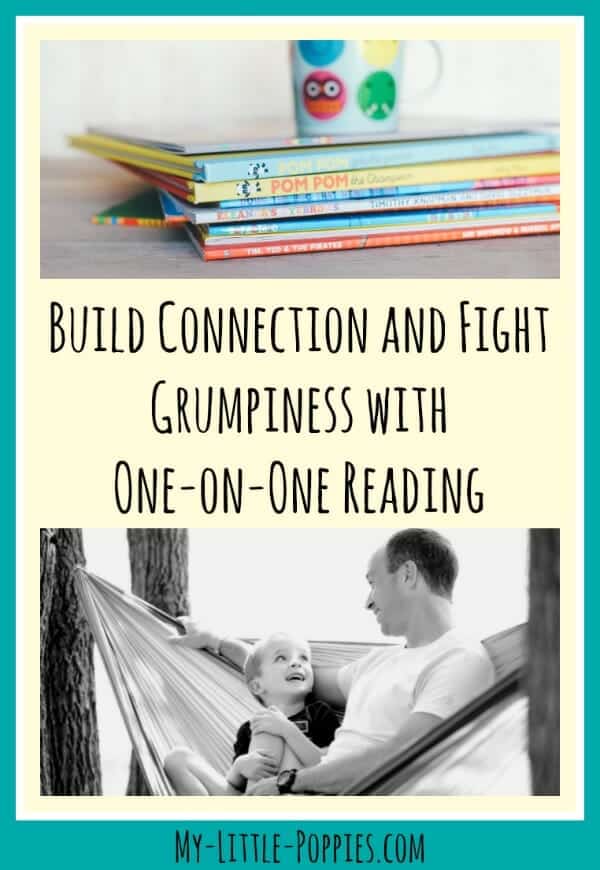 What if I have each kiddo pick a picture book every morning and leave it on the kitchen counter. And then, at some point during the day, I take that book and the kid who chose it, and snuggle up to read?

We adore read alouds; they are the easiest part of our homeschool routine. Plus, reading aloud is a great way to build connections and grow relationships… and that is important when you are dealing with grumpy little bears.

I couldn’t believe I hadn’t thought of this before!

So I tried it today and it was pretty fantastic for several reasons:

1. The kids didn’t expect it and were super-excited off the bat (well, except the oldest who was all “I’m too old for these picture books, blah blah”… but he quickly found one and delivered it without comment).

2. It’s interesting to see what each kid chooses. When no one is there to judge, or complain that we’ve read it too many times, or suggest an alternative there was a new freedom.

Maybe you do this already, and that’s fantastic. It took me several years to realize I shouldn’t fold the kids’ laundry when they just dump it out and stuff it into drawers.

But this worked today, and I’m going to try it tomorrow.

So what did the big guy think about his one-on-one reading?

I think the look on his face says it all: 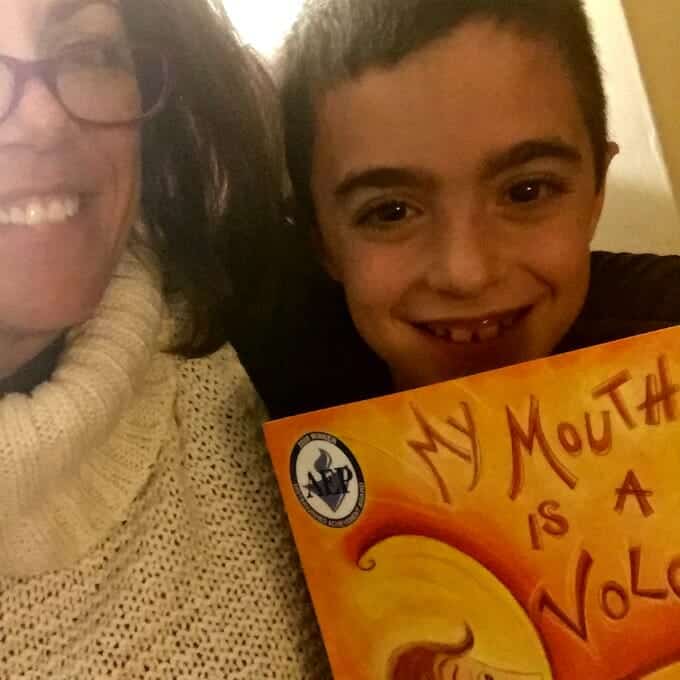 Want to know the books they chose?

I found the selections fascinating (especially the first one because, as I mentioned: grumpy bears!).

8-year-old: My Mouth is a Volcano! by Julia Cook
6-year-old: The Three Snow Bears by Jan Brett
5-year-old: The Peace Tree from Hiroshima by Sandra Moore (I reviewed this book here.)

I mean, really, could the books be more different? So great!

Tell me: What simple hack have you discovered lately? Are you able to sneak in some one-on-one reading? How do you keep sane when the kids are super crabby? Share here.