Today, I am thrilled to welcome Melissa Camara Wilkins. Melissa is a mama of six, writer, homeschooler, and my go-to resource for living simply and authentically. I first “met” Melissa through Simple Homeschool, where we are both contributors. Later, Kara and I had the honor of chatting with Melissa for our “You Don’t Have to Do All The Things” holiday episode. (It was an amazing conversation!) Melissa is here to talk about how to play games with a toddler underfoot. This is a topic that I receive lots of questions about and Melissa has fantastic advice!

How To Play Games With a Toddler Underfoot 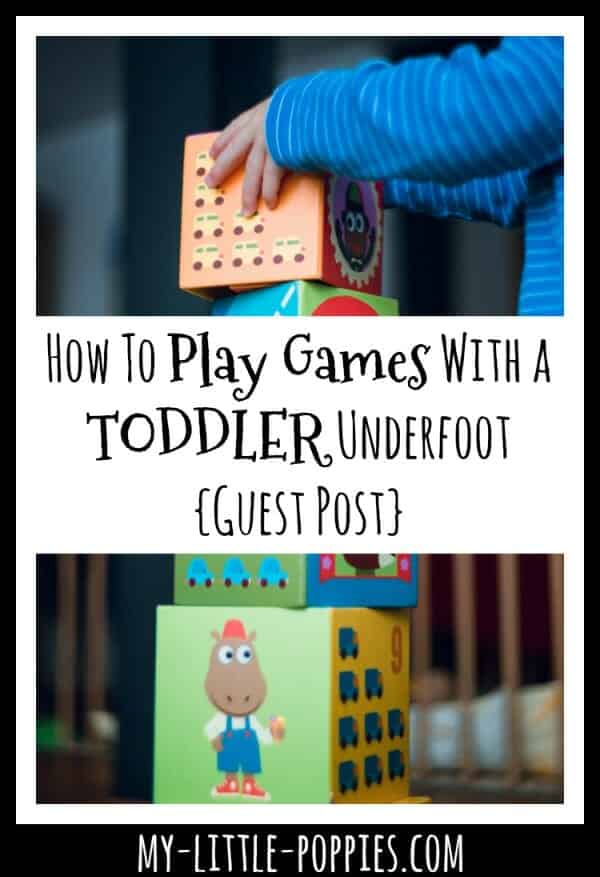 Are you trying to figure out how to play games with a toddler underfoot?

Games, as we all know, are awesome for learning problem-solving skills. I just didn’t realize at first that the parent was the one who had to learn those new skills.

There’s the problem of what to do about lost pieces. (Use a penny.) Then there are broken game boxes. (Packing tape.) And how do you play when you have players of wildly different skill levels? (Play in teams, or pick a different game.)

Sometimes one of the people who wants to play is a toddler, whose idea of “game” is “grab cards, pull the game board off table, and chew on playing tiles.”

Then there are the people who do not really enjoy the losing aspect of competition. It’s a complicated thing, playing games.

And since our family has six kids with all different ages and ability levels, we’ve had lots of chances for trial and error. Here are some of our tricks for making games work for everyone.

How To Play Games With a Toddler Underfoot 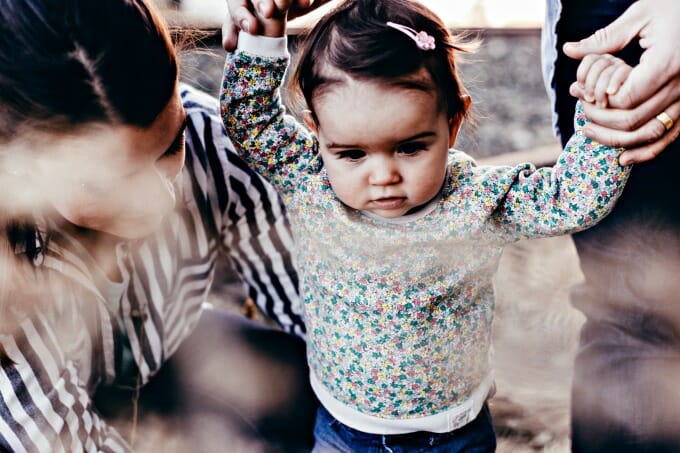 Cooperative games can be a solution to the whole “it’s no fun to lose and the older person wins every time, arghh” issue.

With cooperative games, everyone works together, so everyone wins. (Or loses. Sometimes everyone loses. But it’s somehow easier to lose if we all… lose… together? This doesn’t sound good written down, but it works out in real life.)

The only trouble with cooperative games is that some of them are, er, lacking in the excitement department. Try the games from Peaceable Kingdom—Stone Soup and Hoot Owl Hoot are in constant rotation at our house.

Sometimes, though, you will play competitive games. It’s going to happen. Either you will have older kids who want to play them, or the younger ones will want to try something new, or else you’ll have had enough of cooperative togetherness and you’ll turn to the rummy tiles. Whatever.

When we’re at that point but we still have kids for whom losing is traumatic (which… we do), here’s our strategy: When we’re playing a competitive game, we keep score normally. But then—at the end of the game—we tally up all the points everyone has earned, and this is our Family Score.

Every time we play, we have a chance to earn a new Family High Score, no matter who wins. And come on, who doesn’t want to earn a new high score? It’s kind of genius. (I can say this because I did not think of it. My son Owen did.)

Toddlers do not mind about winning and losing, but that does not actually make them great game players. At our house, at least, we find that games are irresistible to toddling people, but unfortunately, they cannot add or figure out rummy strategies. This can make game night kind of a bummer.

With younger toddlers, we just wait to start playing until they’re napping, or in bed for the night. Eventually, though, those toddlers want to be part of the action. They just don’t understand what that action is, exactly. They seem to believe that game pieces are like confetti, good for evenly sprinkling about the table area. 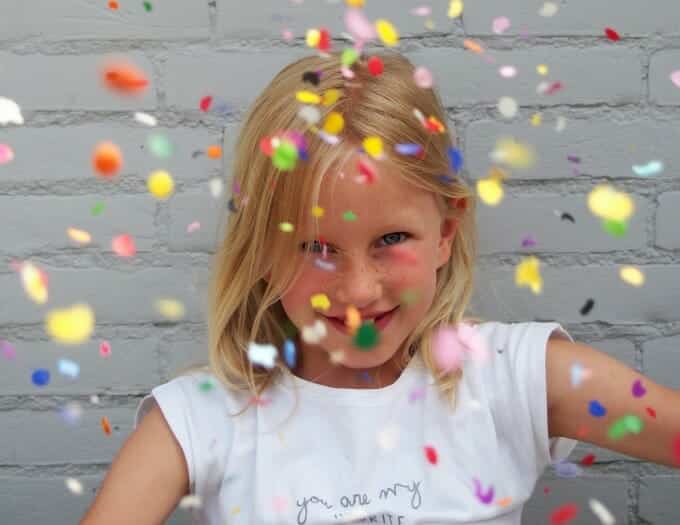 Our best bet for the too-young-to-play set is to make them feel like they’re part of the game, but to give them game pieces from something else.

So when we’re playing Qwirkle, they get the Rummikub boards and tiles. If we’re playing Rummikub, they can have… something else. If they can sit at the table and “play along” with us, they’re usually happy, even if they can’t quite reach our game.

I still haven’t solved the problem of snacking while playing (which, if you are me, will result in accidentally popping the dice in your mouth instead of the popcorn, and also getting salt on the game board). But that’s hardly the game’s fault. 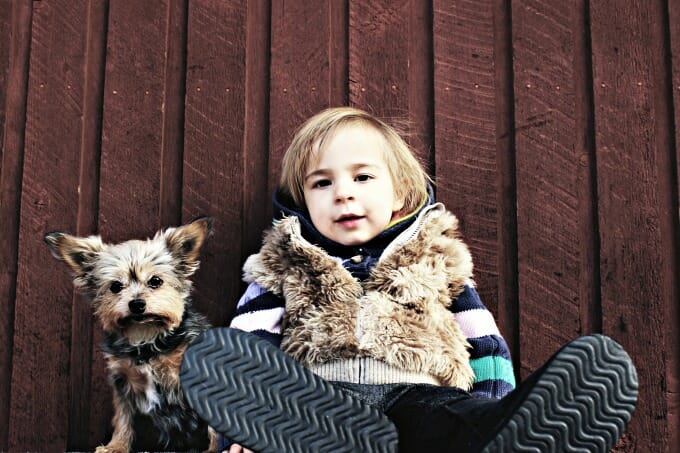 Check out these related links:

Now, it’s your turn. Tell me: Do you have any great family game-time tricks? Please share!