Today, I’d like to tell you about a gamified homeschool writing program that your children will love. But first the backstory…

My youngest son is a reluctant writer. Writing is most decidedly not his jam. When he was itty-bitty, we called him the mathemagician because he sees numbers everywhere. He’s now almost 1o-years-old and, when faced with a writing task or assignment, he will employ those math skills to figure out the fewest possible letters required.

Many years ago, we were part of a history co-op. One semester, the children were assigned states. They made posters and gave presentations. The attendees were expected to take notes during the presentations. One day, a presenter asked the group to write down the state’s motto. (I wish I could recall the state, but my brain is mush in these post-2020 times!) My reluctant writer would only write the word motto. The mom in charge that day politely suggested he write a bit more, perhaps just the beginning of the state’s motto. My little guy responded by writing only the first letter of each word in the motto. When she told him that he might forget the motto using this rudimentary abbreviation method, he stood firm and assured her he would remember it. At co-op the following week, he was happy to share the motto with her. My friends still laugh about it!

If you have a reluctant writer in your home, you’ll want to keep reading. I have a fun-tastic play-based homeschool writing program your kiddos will love!

A Play-Based Homeschool Writing Program Your Kids Will Love 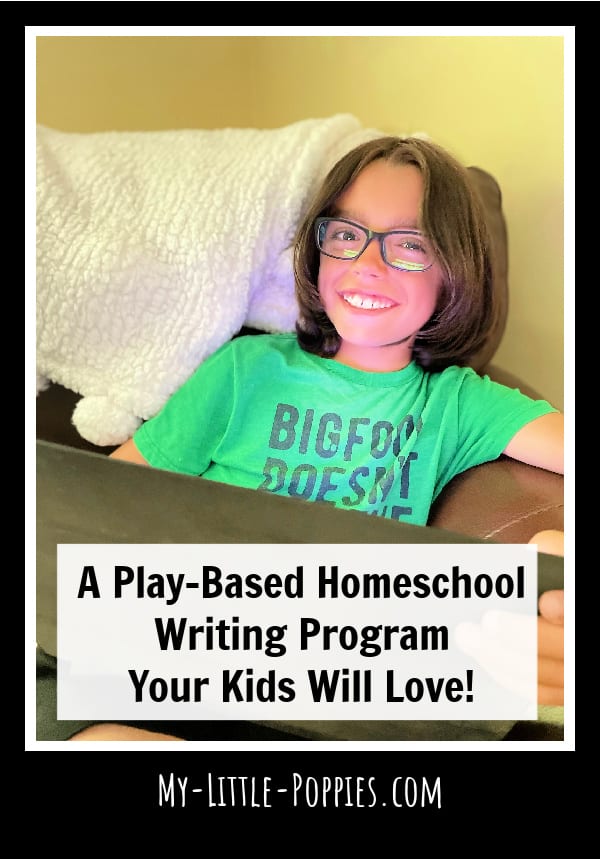 *Disclosure: I received free access to Night Zookeeper and was compensated for my time to write this review. As always, all thoughts and opinions are my own. When it comes to homeschool reviews, I am highly selective. I only share resources that I would use with my own family and those that I believe other homeschool families will enjoy.

Why a play-based approach works so well in our homeschool

If you’ve been hanging out with us for a while, you already know that we are gameschoolers. As a school psychologist and homeschool mom, I have witnessed the power of play again and again. In our homeschool, play is as important as math and reading. In fact, play has helped my children with their math, reading, and writing skills!

When I was offered the chance to check out Night Zookeeper, an award-winning online creative writing platform, I jumped at the chance.

Because Night Zookeeper is a story-based gamified online creative writing program, and I have friends and members of the Never Board Learning community who have been raving about it for months!

(I mean, c’mon! Stories and games are my homeschool love language!)

Plus, as I’ve already mentioned, my youngest son is a reluctant writer, but he can’t resist an amazing game or storyline!

Remember how I told you that he learned to read by playing Gubs? It’s true! 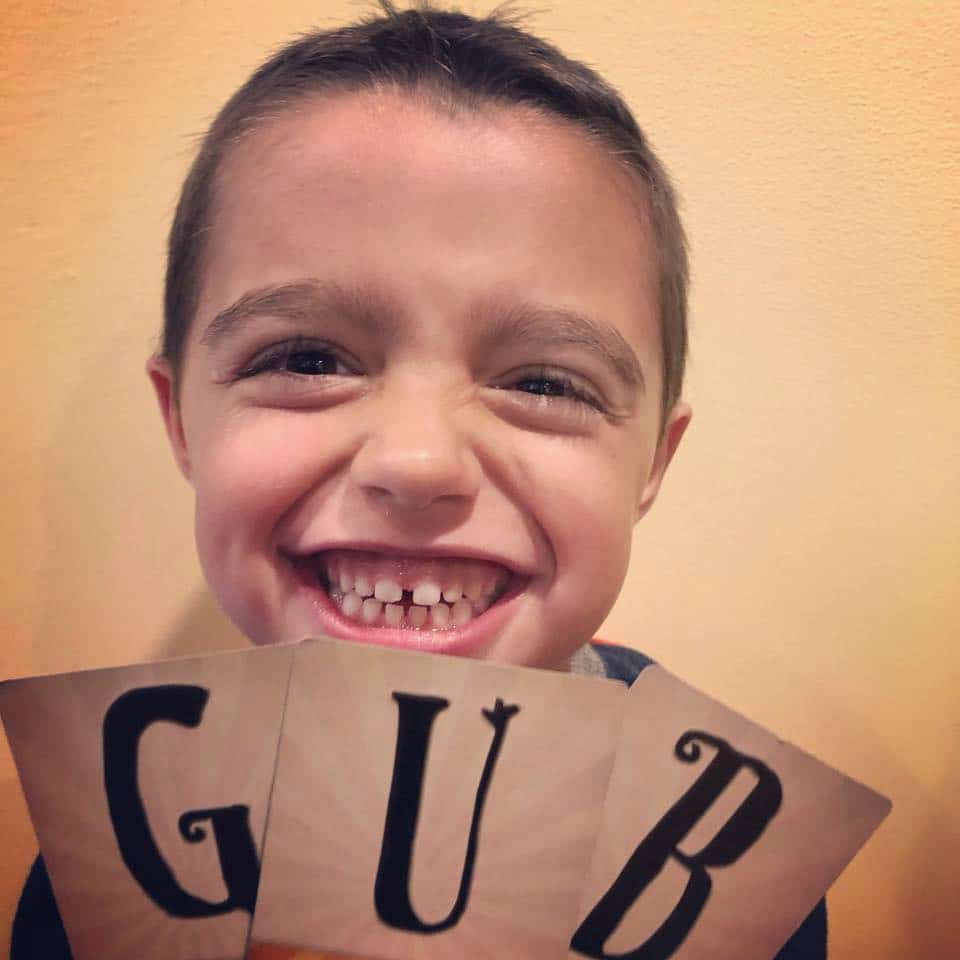 Gubs made him a reader!

Gubs is not an Educational-with-a-capital-E game, nor does it explicitly teach reading. But Gubs has irresistible characters and an interesting storyline. That quirky little card game captured my little guy’s imagination and he fell head over heels. We played it so often that my thumbs were sore from shuffling! When we started playing, he had to be on my team because he couldn’t read yet. After several months of playing non-stop, he was reading independently.

That’s the power of play!

Can writing be play-based in our homeschool?

Gameschooling also works well for writing. My boys discovered the world of Dungeons and Dragons in December of 2019 and it was love at first sight. When 2020 hit and life got nuts, they relied on D&D for fun, escape from boredom, and stress relief. They immersed themselves in the characters, the storyline, and the quests.

My youngest will refuse to complete writing assignments, but you should see him write when he’s playing D&D! He’s created his very own campaigns, characters, side quests, and maps. When he’s lost in the land of Dungeons and Dragons, he’s playing. Writing is not seen as work, but rather it is part of the game. When D&D is involved, writing is play! 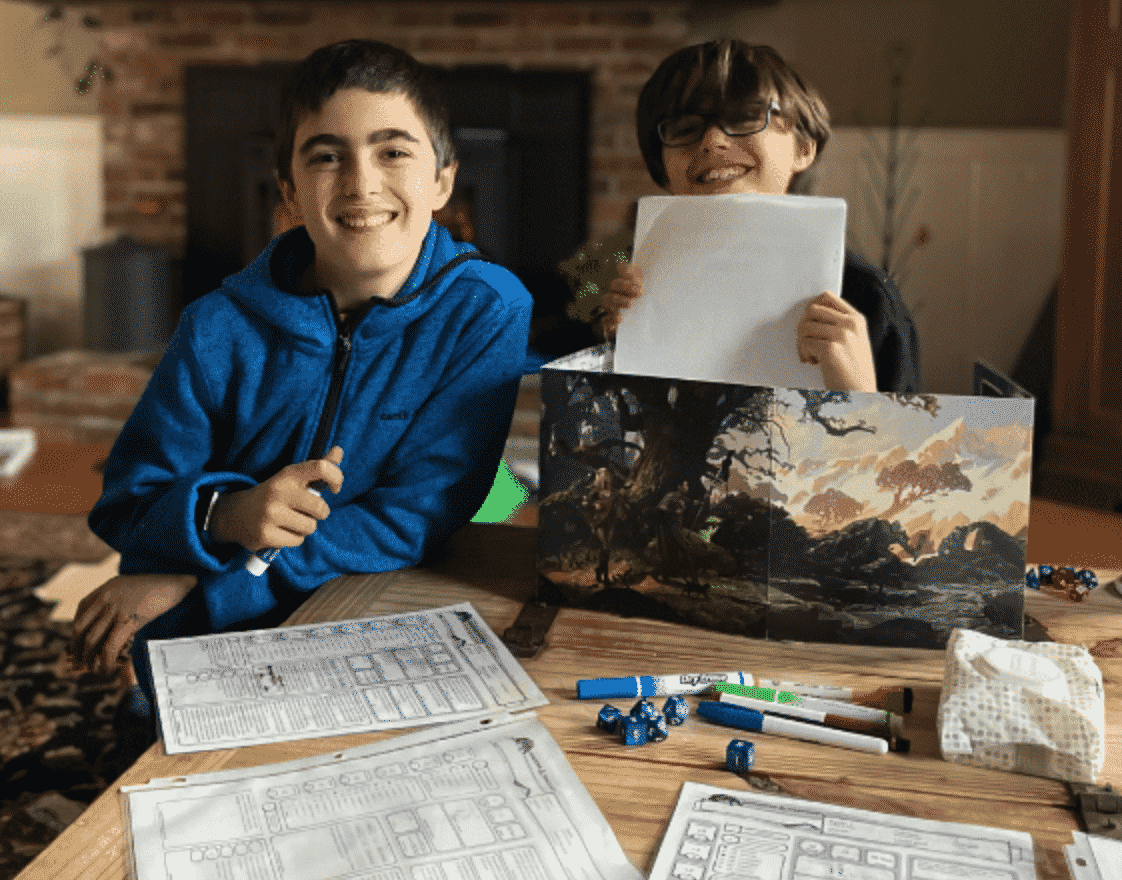 Gameschooling and play-based learning can inspire your homeschooler to write.

Here are some reasons to try adding more games and play-based learning to your homeschool day:

Right now, you might be sitting there thinking, “I’d love to gamify our homeschool writing routine, but I don’t know how.”

And that’s where Night Zookeeper comes into play! 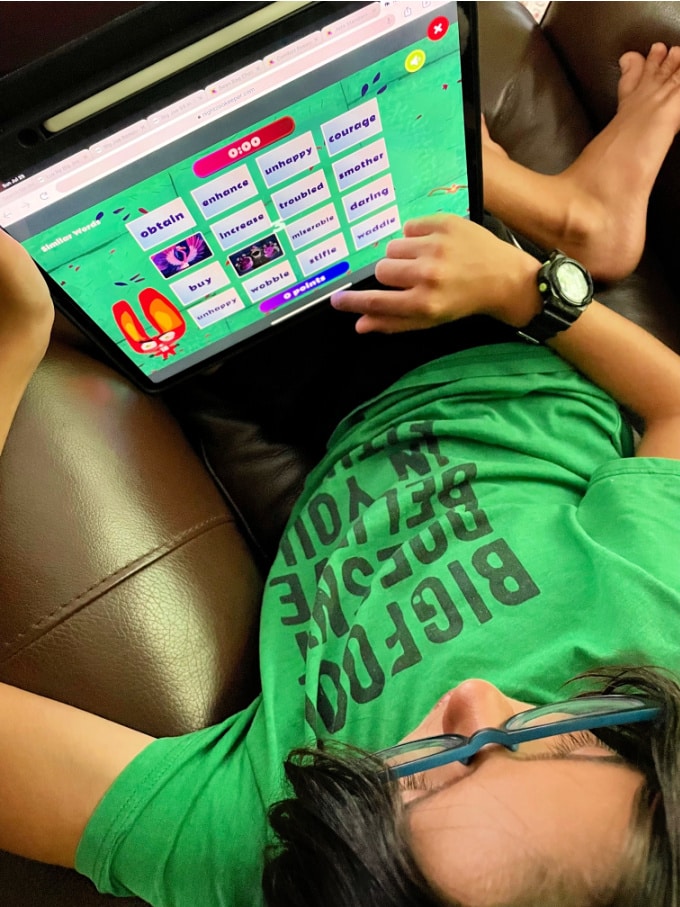 A Play-Based Homeschool Writing Program your Kids Will Love

My youngest son has been enjoying Night Zookeeper all summer long! I’ll be sharing oodles of videos in this article so that you can get a taste of what Night Zookeeper offers. You’ll see that Night Zookeeper is a treasure trove of stealth learning. It’s a whole world that will captivate the imagination of creative kiddos. 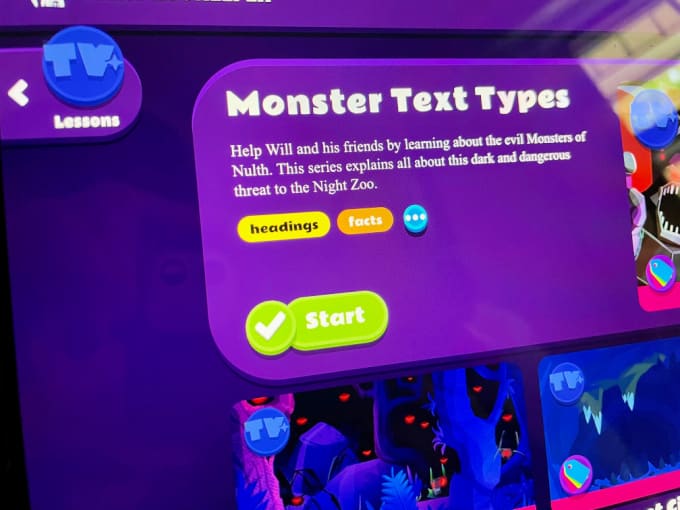 But, don’t worry! Night Zookeeper provides a comprehensive parent guide that covers all aspects of the platform so that you can get the most out of your Night Zookeeper experience. 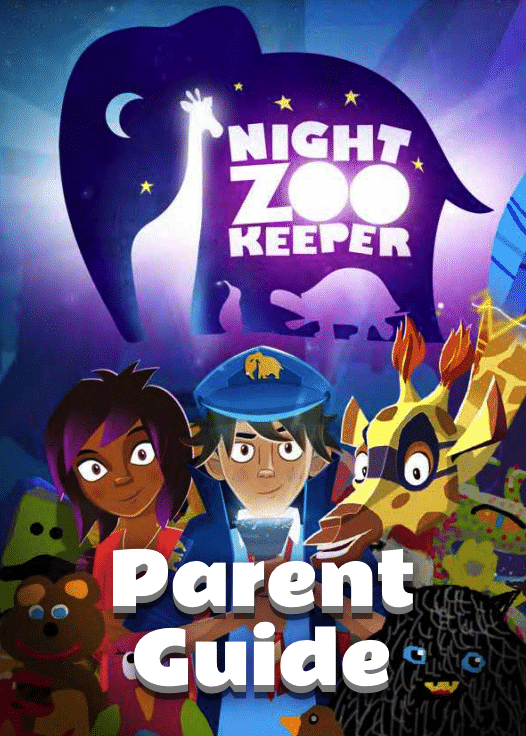 Night Zookeeper is a gamified online writing program for children who love stories.

This gamified online writing platform is based on the Night Zookeeper chapter book series.

When a child first starts Night Zookeeper, they are assigned a randomly generated name and they are asked to create their own avatar.

The child creates an avatar using Night Zookeeper’s drawing tool. Then, they head over to their zoo. Children can uncover sections of their zoo when they complete activities, games, and challenges, as you can see here:

The child’s goal is to help protect the Night Zoo from attack from the bad guys, who are called Voids. They can do this by earning points and “leveling up” during activities, games, and challenges.

Here is an example of a Night Zookeeper game that focuses on spelling:

And here is a Night Zookeeper game that practices those reading comprehension skills:

These video lessons are colorful and highly engaging. In the following video, you can see an example of these Night Zookeeper TV lessons. This lesson is called Monster of the Night Zoo.

You can see an example of an interactive TV lesson from Monsters of the Night Zoo below. Children have the opportunity to create art and develop characters. You can see the stealth vocabulary thrown in, too!

The entire Night Zookeeper program is gamified. Children create characters and stories as they “play” their way through the program. Once the character is completed, the lesson continues with some interactive writing.

As you can see from the video below, the writing is set up like text messages. In this day and age, our kiddos are familiar with texting. My son is a reluctant writer and yet he’s “texting” here without complaining!

By the end of this text change, my son completed a “Monster Report.” All completed writing is submitted to a team of Night Zookeeper tutors. Children receive regular, personalized feedback on all of their writing. Children receive feedback from tutors within a day or two. You can see an example of tutor feedback in the video below.

And that’s the beauty of play-based learning and gameschooling. Play is learning and when you learn joyously, you retain more!

Night Zookeeper also offers publishing opportunities for children with the chance to win real-life prizes! And children can share their work with other Night Zookeeper members. They can ask for and offer feedback. (Night Zookeeper is super private. All names are anonymous, all comments are moderated, no photos are allowed, and parents have ultimate control over it all!)

The Power of Play in Creative Writing

Recently, I asked my youngest to complete his daily chore before dinner. He took his sweet time coming to the kitchen, but then explained that he had been lost in play. He had been playing with my daughter and some plastic animals. They had created an entire storyline with the animals, and then he said this:

That’s the power of play! Children learn through play. Then, they take those skills that they have learned and apply them in more play!

Night Zookeeper is a homeschool writing program that offers heaps of stealth learning opportunities with a gamified approach!

My son has absolutely adored his summer with Night Zookeeper. He would like to continue in the fall and that says a lot because he is my reluctant writer. I highly recommend checking out Night Zookeeper if you have a kiddo who could use a little incentive in the writing department!

Click here for 50% off an annual Night Zookeeper subscription. This annual price is $59.99 for a single-child subscription and $77.99 for 2-3 children. More children can be added at a bespoke price. When you sign up for an annual membership using this link, you will get a free 7-day trial and then get 50% off on the yearly subscription.

Now, it’s your turn. Tell us: Do you have a homeschool writing program that you love? Do you incorporate play-based learning and gameschooling into your homeschool routine? Share here!