I used to dread the kindergarten pick-up.

My little guy would board the bus at 7:50 am. He looked adorable climbing up those big steps with his oversized backpack and book in hand. The book was as oversized as his backpack. In kindergarten, he read big books: Percy Jackson, Harry Potter, The Hobbit. 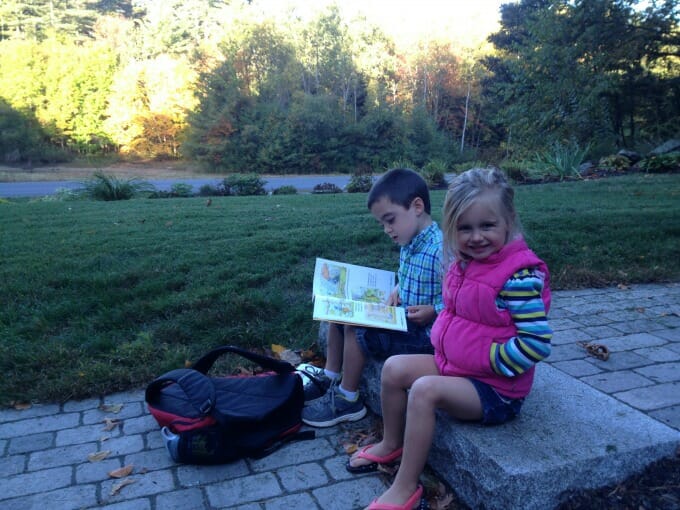 He didn’t notice that people noticed.

I noticed that they noticed, but I was just so thankful he was content at send-off.

Unfortunately, the pick-up was another story.

I’d get to the pick-up line at around 11:00. I’d spend the next fifteen minutes wondering how pick-up would go.

Would the teacher hand me a white slip today?

Would she make a negative comment about his day?

Above all, would there be tears in those big brown eyes? 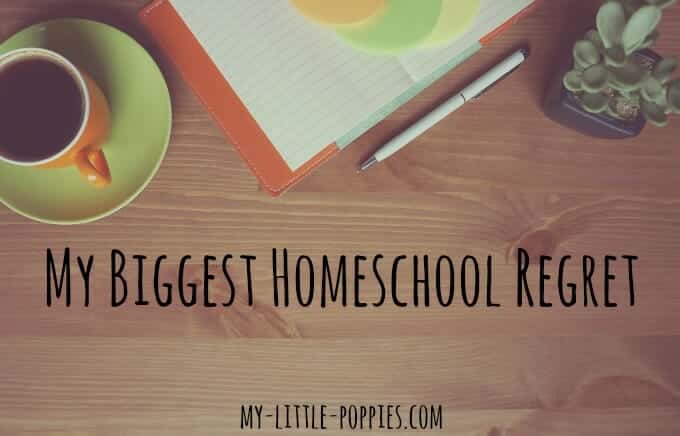 When I was in graduate school working to become a school psychologist, we frequently talked about the 5-to-1 ratio. The 5-to-1 ratio is research-based and is critical not only for classroom management, but also for teacher-student relationships, learning, and a child’s self-concept. The idea is that for every negative interaction there should be five positive interactions.

Often, as I was sitting in that kindergarten pick-up line, I would think about the 5-to-1 ratio.

I can say it now because I’m no longer afraid of being dubbed That Parent, but my son was bored in kindergarten. And, because he was bored, he was prone to nuisance behaviors:

Speaking out of turn

Doodling on a neighbor’s paper

Singing the Frozen soundtrack, in reverse order, for the entire day

Those versed in gifted education are all too familiar with these types of behaviors. They are not uncommon among children whose needs are not being met in the classroom setting. I spent that year struggling to work with the school.

They spent the year letting us down.

I told them, over and over again, to give him a book when he was being a nuisance. I assured them the book would stop the problem in its tracks. They didn’t even have to supply the book. He never left home without one, all they needed to do was to open his backpack.

But the school’s response was always the same:

Oh, Mrs. Curley. He may be reading Harry Potter, but he certainly isn’t comprehending it!

And so they denied him his books and the behaviors continued.

If my son had exhibited a nuisance behavior that day, I would receive the white slip. Now, the thought behind the white slip is to share information with parents in a way that protects the child. It’s a heads-up that something happened and then the parent is free to follow-up with the child later, and chat with the teacher if need be.

The white slip is meant to preserve the 5-to-1 ratio.

The thing is, I’d get the white slip and the story.

I always knew it was coming. The paraprofessionals typically loaded kindergarteners into vehicles so as soon as I saw his teacher heading in our direction, I would brace myself for impact.

The impact of negative words.

Another blow to my son’s heart.

As we drove away, he would be crying.

And I would reassure him that of course she liked him, but he was –and is– a smart cookie. We both knew he wasn’t her favorite that year.

No one should be so misunderstood at five. 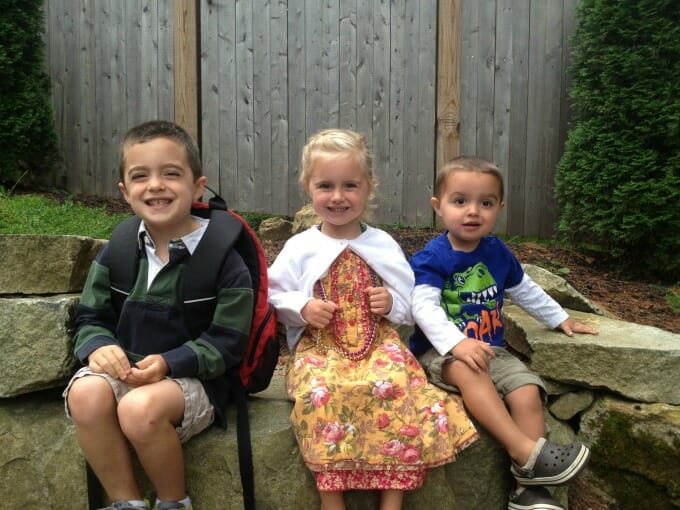 To be fair, there was one occasion that year when my son’s teacher came to our window with a positive statement.

To celebrate the 100th day of school, the children were assigned a 100 Days project. They were asked to bring 100 of something to school: paperclips, jellybeans, seeds, beads, etcetera.

My son wanted to bring 100 books, but it was logistically challenging to carry them in his backpack. Instead, he painstakingly wrote 50 of his favorite titles on a piece of paper and cut them out, one by one. He surprised me with them one morning. I was so touched by his dedication, hard work, and love. He, of course, was exhausted from all that writing. I helped him with the second fifty books: he told me the titles and I typed them for him. Then, we printed and he cut them out and placed all 100 book titles into a ziplock baggie.

He was so proud of himself. As he boarded the bus that day, he was beaming.

That day, at pick-up, my son’s teacher approached the window. She was beaming.

I loved your son’s 100th Day of School project! It was just SO PERFECT for him! You have to save that one forever!

It was so perfect for him. The child who was denied big books in kindergarten had listed 100 of his favorite titles. And while I was thankful for her positive feedback, it should not have taken 100 days.

And that brings me to my biggest homeschooling regret:

I wish I hadn’t waited.

We knew that kindergarten would be challenging for our son before he walked through the doors. We were determined to make it work, to figure it all out while he was in the half-day program, to have it all settled long before first grade rolled around.

My gut told me the environment was not a good fit, but the school psychologist in me wanted the public school to work.

By the holidays, my gut was screaming at me to do something else.

My only homeschooling regret is that I didn’t do it sooner.

We waited until the school year was over. If I had it to do over again, I would have pulled him well before the 100th day. 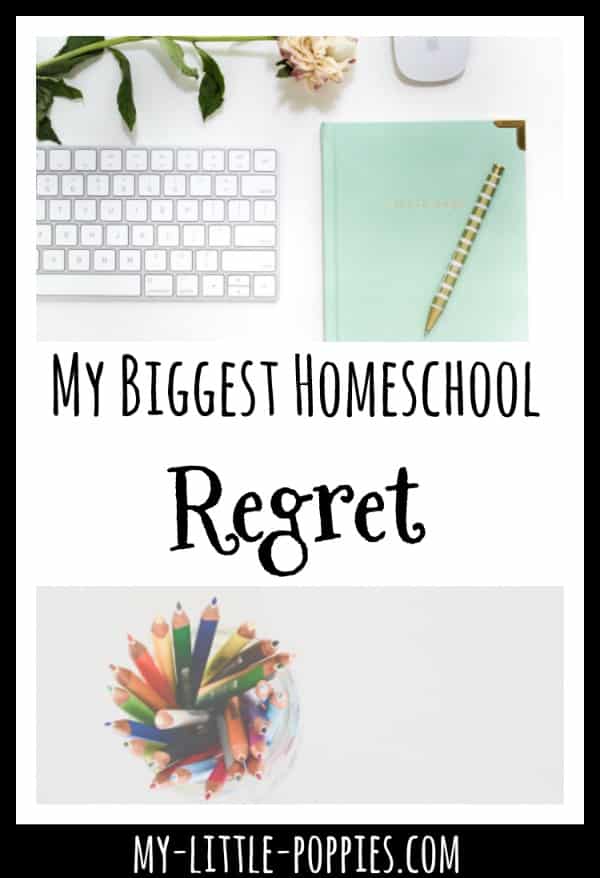 Now, it’s your turn. Tell me: What is your biggest homeschool regret? Share here! 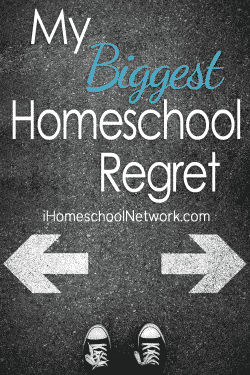