I’ve been thinking about gifted boredom lately. It’s a real issue for these gifted kids of ours, isn’t it? 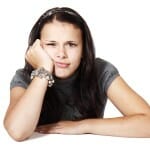 Leo entered a half-day Kindergarten program last August.  We knew that he was ahead academically but we sent him other reasons.  We wanted him to socialize with his peers, we wanted him to get used to our public school, we wanted him to experience “specials” (gym, music, Spanish, art, library, etc.), and, maybe- just maybe- a small part of us needed a little break from his intensity.  We also needed some time to figure stuff out and that “stuff” lead to testing and eventually the decision to homeschool.

Those who have gifted children are well aware that they can struggle in traditional school settings.  Some blend in and try to fly under the radar.  You read about Imposter Syndrome.  Other gifted kids, unchallenged, can display behavior issues. 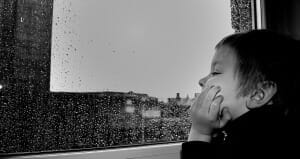 All things considered, Leo did remarkably well behaviorally this year.  He has always given us a run for our money at home, so we fully anticipated more difficulty despite the three hour school day.  Yes, I was not infrequently flagged at pick-up to discuss various nuisance or impulsive behaviors.  And, yes, he was sent to guidance on one occasion to discuss appropriate vs. inappropriate drawings during art class.  Overall, it went much better than anticipated. 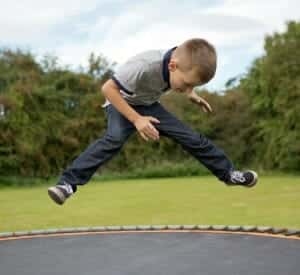 Now, I need to be honest… Some of the things he did in class while bored, or drew in class, were comical to me.  Yes, I had my game face on when the teacher was talking to me about the various incidents.  Yes, I discussed the incidents with Leo without letting him know I was amused.  But later, once the kids were asleep, Schizz and I giggled. 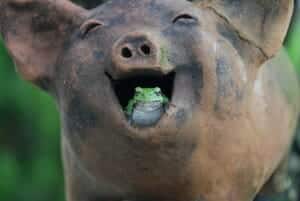 I’d *love* to hear some of your stories– what did your [bored] child(ren) get in trouble for in school this year?
Here are three of my favorites:
* Leo spent an entire school day singing the Frozen soundtrack.  He was spoken to multiple times by various individuals throughout the day and yet he continued to sing it.  Finally, at one point when they asked him to stop singing it, he did but he continued to hum the Frozen soundtrack (“because humming is not singing!”).  By the end of the day, he had been moved to the back of the classroom at a table by himself, but he was still singing.  My favorite part of this story is not what you just read, but rather with my conversation with Leo afterward.  I relayed what his teacher had told me, and he sighed and said, all exasperated, “Muuuuuum!  I didn’t just sing and hum the Frozen soundtrack!  I was singing and humming the Frozen soundtrack in reverse order!!  How did she miss that??”
* Leo collects crap  various miscellaneous items that end up in my dryer.  He was spoken to several times this year for smuggling his collections (one day it was various sized paper clips, another day it was acorn caps) to school and then using them to make designs on his work space rather than listening to the lesson. (While we’re on this topic… stay tuned for a post about items I find in my dryer).
* And last but certainly not least, behold the anatomically correct Santa Claus that he drew as part of a class project last autumn:
***

We ask children to do for most of a day what few adults are able to do for even an hour. How many of us, attending, say, a lecture that doesn’t interest us, can keep our minds from wandering? Hardly any.