Did you guys hear my latest news?

I’m now a contributing author over at GeekMom. Can you even believe it? 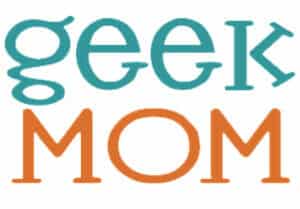 I was over-the-moon-excited to go online and “meet” the GeekMom founders, editors, and my fellow writers. And, wow, what an amazing crew of superbly geeky women!

But, after about two-point-two minutes of being an official GeekMom, I started to question my presence among them.

Why am I in here?

How did I get in here?

Did they intend to select me? Was this a mistake?

Am I geek enough for this job?

What on Earth is cosplay?!

Folks, I felt like a fraud. A fake. A phony. I felt as if I had pulled the wool over the eyes of the whole GeekMom crew. Because, really, let’s be honest here: there are some extremely popular geeky things that I’m just not that into, including:

Those who know me in real life know that I’m comfortable in my own skin. I don’t succumb to self-doubt and comparisons, but rather I embrace my strengths and acknowledge my weaknesses. I am who I am, it is what it is, I am happy… and all that jazz.

What I’m saying is: This questioning wasn’t a result of low-self esteem.

After some soul-searching and sleep, it became clear to me that I was suffering a form of Geek-related Imposter Syndrome.

The reality is, my geeky pursuits may differ from other GeekMoms, but they are still geeky. When all those GeekMoms were GeekGirls watching Star Wars, this GeekGirl was engaging in some different, yet equally geeky, activities:

Some of those GeekMoms, as GeekGirls, had Star Wars, anime, and video games whereas I had The Goonies, Anne of Green Gables, and board games.

Now, at 37-year-old, I still love all that stuff I loved as a kid. Those things that friends would tease me about when we were younger: always carrying a book, writing in my journal, spending time outside doing little to nothing, daydreaming, opting for a board game over television… I’m proud of all those things!

What I have in common with my fellow GeekMoms is this: We embrace our geekiness.

Folks, I’m still geeky after all these years.

Now, in addition to finding me here at MLP, you can also find me hanging around with these fine folks: