Today, I am going to share some tips and tricks on how to gameschool through an election year. And then I cannot wait to share a new-to-us game with you. It’s an award-winning game that I’ve had my eyes on for quite some time and was over-the-moon excited to get my hands on it and play it with the kids. And then we played it again, and again, and again!

(And if you’re interested in this game, you’re going to want to keep reading for a special offer for My Little Poppies readers!)

How to Gameschool Through an Election Year 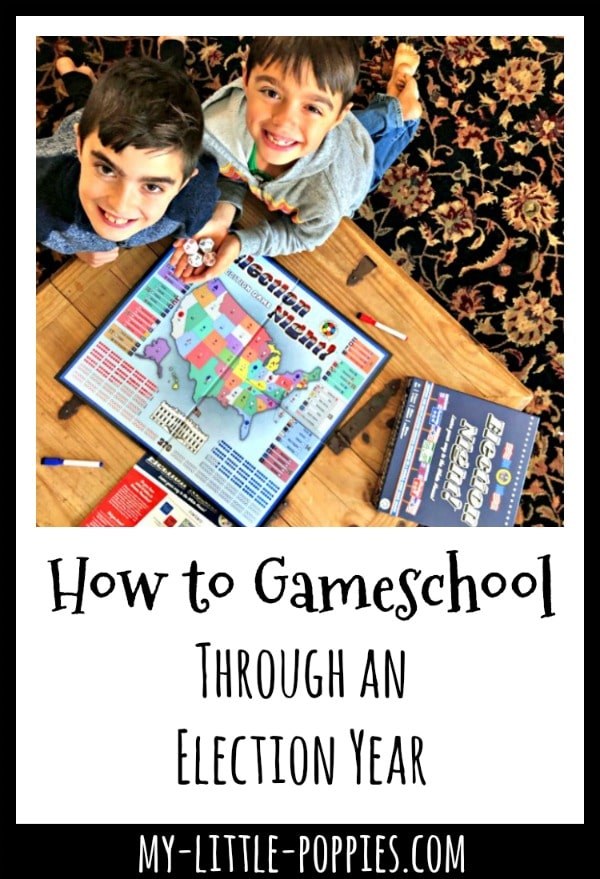 *Disclosure: I received Election Night! at no cost in exchange for a social media share. I was not required to include Election Night! in a blog post, nor was I compensated for my time. In fact, I approached the company because I had a feeling my children would love this game (I was right!) and I knew we would be able to use it in our homeschool. All thoughts are my own. As always, I only choose to share resources that I would use with my own family and those that I believe other families will enjoy.

If you’ve been following our site for any length of time, you already know about Lazy Unit Studies. The beauty of Lazy Unit Studies is that they allow for you to embrace rabbit holes and surrender to delight-driven learning while helping your children grow into joyful, lifelong learners.

To read more about Lazy Unit Studies and how to make them work in your homeschool, here are some resources:

Today, I am sharing some fantastic U.S. elections resources in hopes that you can make your very own Lazy Unit Study. Choose what works for your unique family and, above all, have fun!

Election Night! is the perfect way to gameschool through an election year!

Election Night! has been a wonderful addition to our homeschool history routine. I am excited to share this gameschool resource with you today, just in time for an election year! 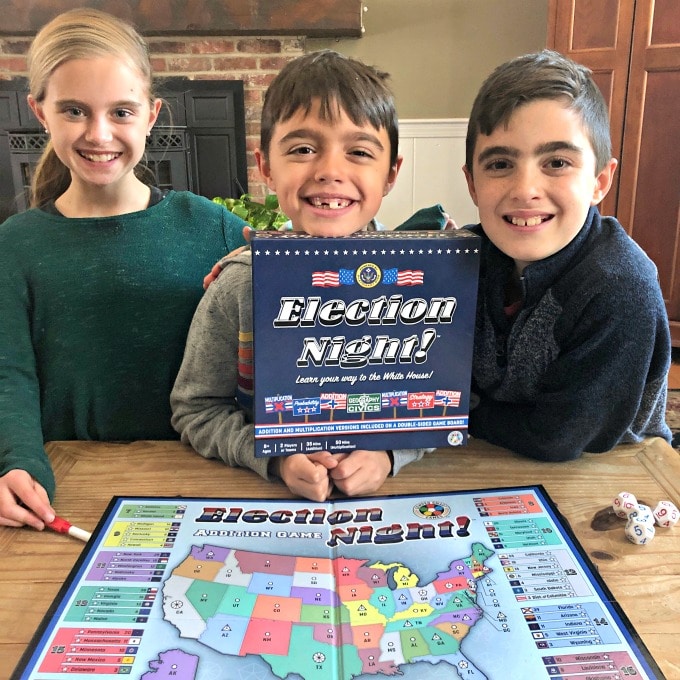 Election Night! is a board game for ages 8 and up. It can be played with two players or in teams. This game will teach your child about the U.S. elections process, U.S. geography, and civics.

But that’s not all! 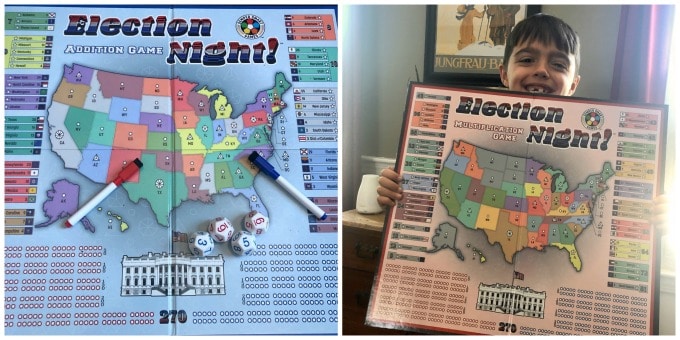 This homeschool mama loves the dice used in Election Night! 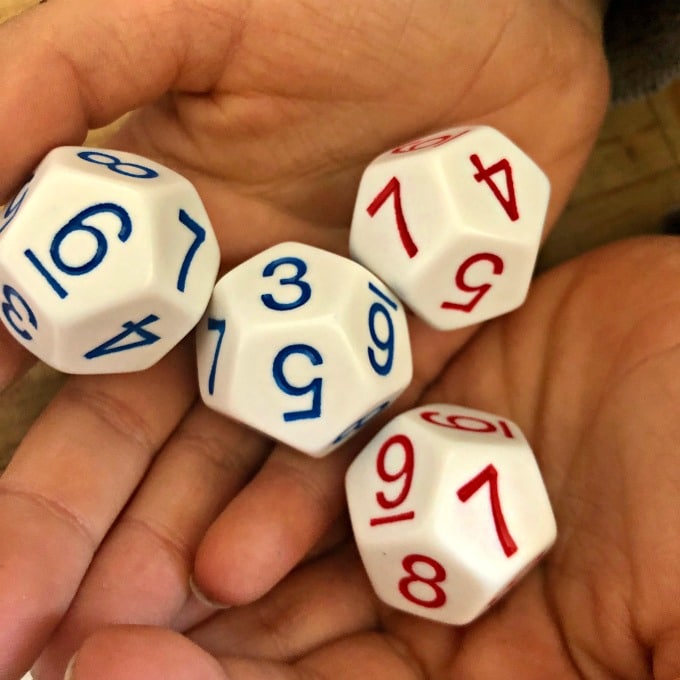 Because they are PlaySmart Dice! These patent-pending dice were created to help with math fluency. The PlaySmart Dice produce number combinations of harder-to-learn sums and products. (So your kids will be working on more challenging addition facts and multiplication tables as they play! Genius!)

Here’s a fun infographic on the science behind the math: 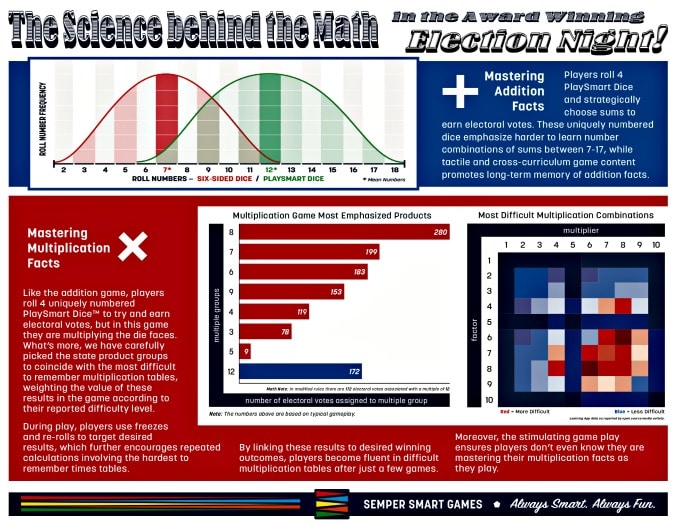 The object of the game

The object of Election Night! is to win the presidency by gaining the 270 electoral votes required. 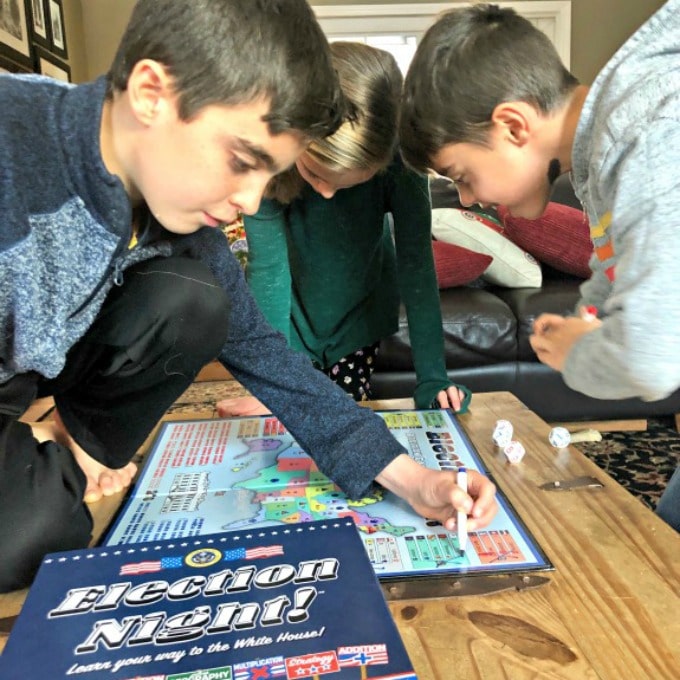 How to gameschool through an election year with Election Night! (Addition version)

How to gameschool through an election year with Election Night! (Multiplication version)

What if there is a tie?

In a presidential election, two opponents could split the electoral votes available, resulting in 269 electoral votes each. If this were to happen, the 12th Amendment would come into play. But in Election Night!, players would count up states won and the player with the most states would be the tiebreaker.

Other ways to play Election Night!

I love it when games are flexible. The instructional booklet for Election Night! features several alternative ways to play, including a Projected Winner version!

What your kids are learning about when they play Election Night!

I love Election Night! because it covers a lot of homeschool bases. Here are just a few skills your kiddos will be working on as they play: 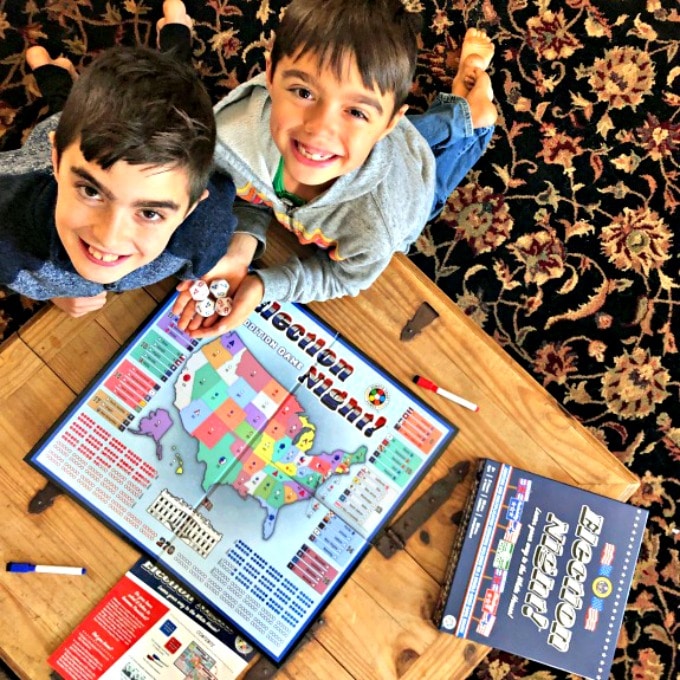 I am excited to add Election Night! to our game closet and I plan to use it throughout the coming election year. If you’d like to check out more ways to gameschool and homeschool your way through an election year, I have a post for you!

Check out this special offer from Semper Smart Games for My Little Poppies readers!

Here are some great titles, in no particular order, to help read your way through the upcoming election:

More election resources for your homeschool

More gameschool resources for your homeschool

If you’re looking for more gameschool resources, check out these popular articles:

My Little Poppies is now on Amazon

Now, it’s your turn. Tell us: Do you plan to gameschool through the election year? Share your favorite educational resources here!