We are all familiar with the phrase “choose your battles,” right? Well, Leo’s wardrobe is a battle Schizz and I gave up fighting years ago.

Here is Leo, this morning:

Leo is six and a half years old and he continues to wear his clothing incorrectly on an almost-daily basis. His shirt will be on backward, or inside-out, or his pants will be backward, or his shoes will be on the wrong feet. Sometimes, the entire outfit is wrong. I think it is fascinating. Isn’t it uncomfortable to sit on your fly all day long? Does he not notice? Is he too busy to fix it? What about using the bathroom? How does that work, exactly?

I think it’s especially interesting because Leo has sensory processing disorder. He is over-sensitive to noises, and (I’m making an educated guess here) must be under-sensitive to tactile input. SPD comes in all sorts of flavors and, clearly, Leo’s not the SPD kid who needs the tags cut out of his clothing. 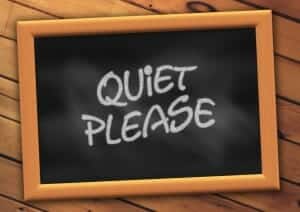 I also have evidence that some of his quirky-clothes-wearing may actually be for effect. Leo wore his undies backward for an entire year when he was three to four years old. Talk about uncomfortable! I swear this phase started early one morning when Leo, clad only in his brand-new undies, pranced into our bathroom while Schizz was getting ready for work. The undies were on backward so Leo’s little cheeks were half hanging out in the back. You know those bikini bottoms that some brave (and likely very uncomfortable) young girls sport these days? The itsy-bitsy ones that barely cover your biscuits? Well, Leo looked like that and Schizz was still waking up and so when he saw Leo prance by, he could not contain his initial gut-reaction. His face was priceless and I don’t remember exactly what he said except that part of it contained the phrase “That’s SO WRONG!”  I ended up laughing so hard that I had tears running down my cheeks. Leo loved the parental reactions and so he donned those undies backward for an entire year. The kid is nothing if not persistent. But then one day, the phase stopped and Leo proceeded to wear his undies properly for a week or so. But, just when we thought we were in the undies-in-reverse-clear, it started up again. And remember how I told you guys that I keep a record of the funny things the kids say?

Well, in April of 2012, Leo said, “Mumma, do you want to know why I started wearing my undies backward again? It’s because T watches everything that I do so when she starts wearing undies, she will wear them backwards because she will think she’s doing it the right way and that will be REALLY funny!” 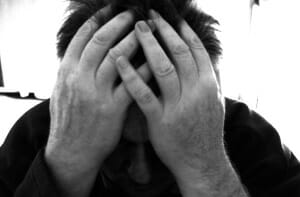 Thankfully, Miss T did not fall prey to his shenanigans!

So Schizz and I learned the hard way not to overreact to Leo’s wardrobe. Now, we just ignore it when it happens. I can’t decide whether some of this clothes-gone-wrong is done for effect, or if he’s just too darn busy to care about the details.

How about you guys? Do your kiddos have any clothing quirks? Parenting a kid with SPD can be challenging! Share your stories here!

Fashion is about dressing according to what’s fashionable.

Style is more about being yourself.