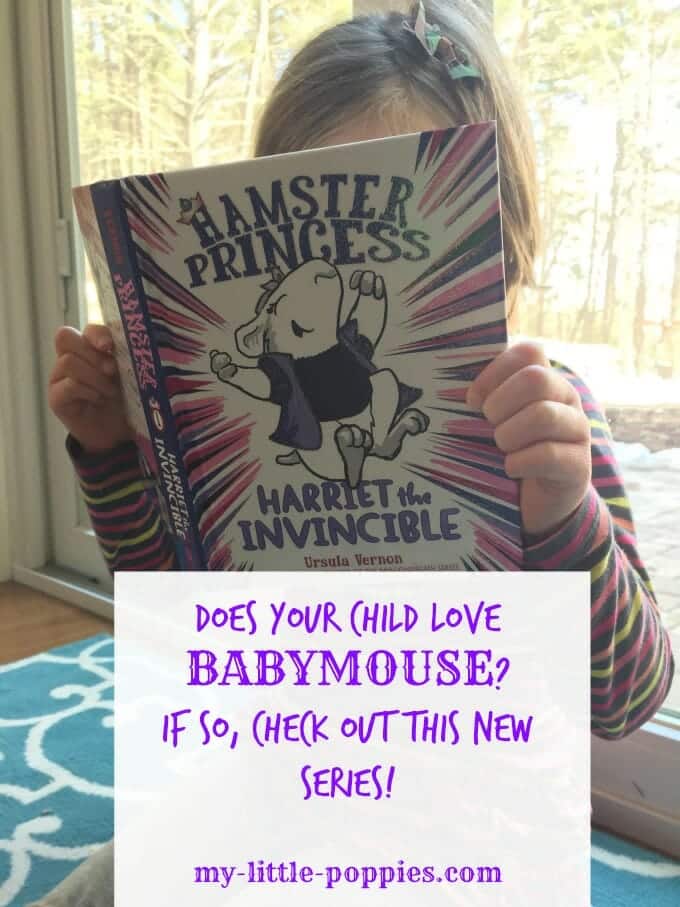 My children tend to find a series and devour it.

Anything and everything by Erin Hunter.

But then, when the series ends, it can be hard to move on. In our house, we call this book mourning.

Just last week, I was at our beloved library for a Destination Imagination meeting and books when my oldest approached me, tears in his eyes, and declared:

There are NO BOOKS in this library!!! NO BOOKS!!!

This garnered a chuckle from the librarians and surrounding patrons, but I knew what he meant. He had just finished Babymouse and he was having difficulty moving on.

Does Your Child Love Babymouse?

For weeks now, my oldest little guy has been camping out in his sister’s room overnight. She’s afraid to sleep because she thinks that “Dark Vader” lives in her attic walk-up. After many weeks of nightmares and disrupted sleep, we ended up setting up a camping cot in her room.

One would think that the sweetest perk of this setup would be the restored sleeping, but actually, it’s the reading. Many mornings, I wake up to find my oldest two, snuggled in bed together, taking turns reading aloud to each other.

There is nothing sweeter than my kids fresh off a library trip. Snuggles, cooperation, and heaps of books.

And most recently, they have been enjoying the Babymouse series… together. I can always tell they are reading Babymouse because I hear the giggles.

Well, folks, they have completed the Babymouse series. They have read every single book together.

I understand why they are sad. I was little sad, too…

… until I discovered Hamster Princess. 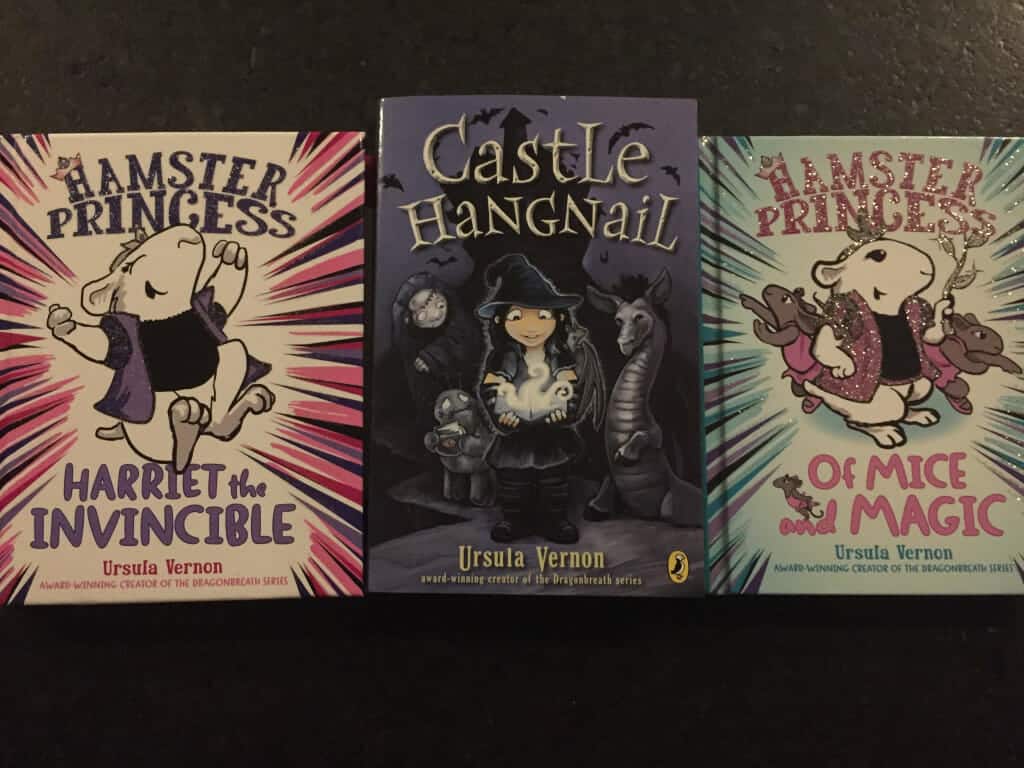 *Disclosure: I received Hamster Princess Of Mice and Men, Hamster Princess: Harriet the Invincible, and Castle Hangnail at no cost from Penguin Random House. I was not required to write a review, nor was I compensated for my time. I only choose to review resources that I think others will enjoy.

You may recognize Ursula Vernon. She wrote the hit series Dragonbreath. She also wrote Castle Hangnail which my 7-year-old devoured in 24-hours. Disney is making Castle Hangnail into a movie to be produced by Ellen Degeneres! 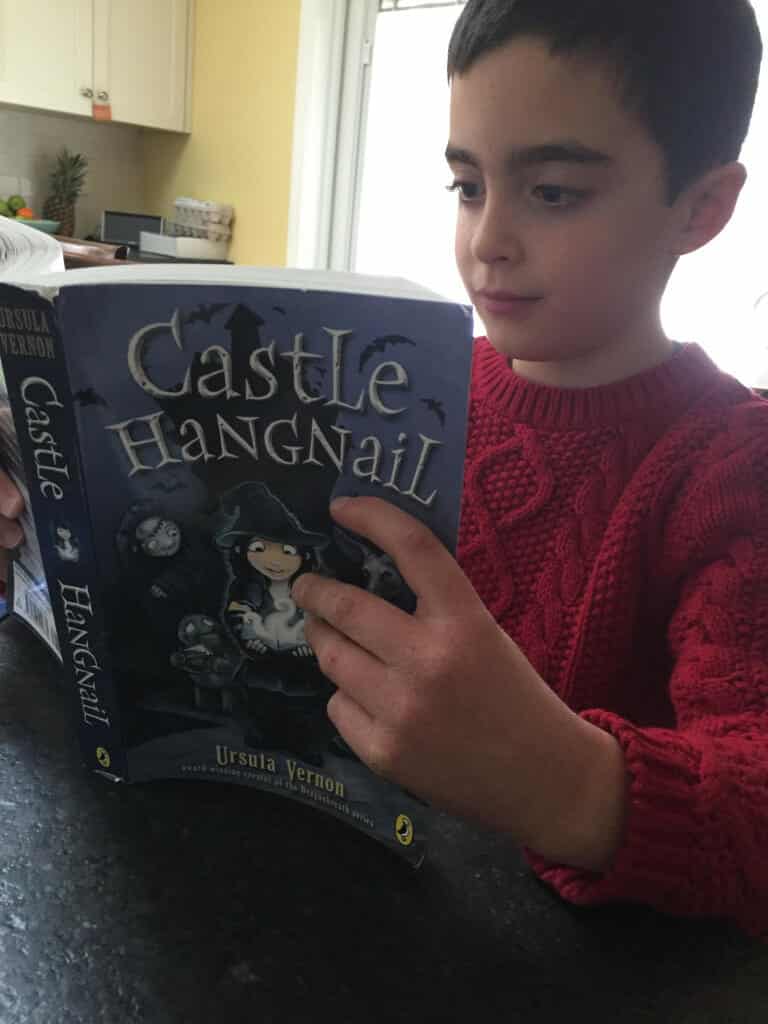 Hamster Princess is a new series starring Harriet Hamsterbone, a quirky princess who does not fit any of the stereotypes. These chapter books are written in graphic novel style and each brings a new twist on a classic fairytale. To say my kids enjoyed them would be an understatement!

The first book of the series, Harriet the Invincible, was released last year and received much acclaim. In fact, the book was included on several year-end “Best of” lists. It’s a new spin on the classic Sleeping Beauty story and both my 6- and 7-year-olds loved it.

The second book in the series, Hamster Princess: Of Mice and Magic, is a spin on the classic Twelve Dancing Princesses. My oldest two have read it and they giggled nonstop!

If a book produces that many giggles, it’s worth sharing.

Now, it’s your turn. Tell me: What was the last book to make your child laugh out loud? Share here!

And, in case you need a laugh, be sure to check out this post about A Basket of Laughter. It includes a Yodeling Pickle. Yes, you read that correctly. I will have a post forthcoming about its magical properties. Stay tuned!