I was the kid at the sleepover who would be up ridiculously early, reading a book in my sleeping bag. I’d wait until my friend’s mom woke up, and then I’d join her in the kitchen for a chat while she drank her coffee. I’m a morning person and I wake up cheerful. I love nothing more than a quiet, peaceful morning. It’s a great start to the day. 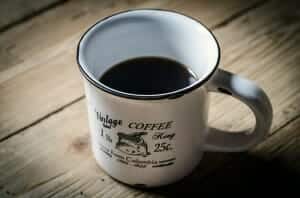 Well, for the past several months, mornings have been anything but peaceful at our house. I’m learning that T is not a morning person. You cannot engage with her or you will end up embroiled in some absurd argument. Yesterday her first words to me were, “I’ve been thinking about braids all night long! You never do my braids right! That’s not nice!” And just this morning, she came downstairs seething over what was written on the marker board that hangs on her bedroom door, “You wrote a FOUR on my board! That’s mean! I’m turning FIVE!” I didn’t write anything on her board, Schizz did, and she turns five tomorrow. My point is, do not engage with T first thing in the morning. If you wait forty minutes, she’s fine. Just don’t talk to her before she is ready.

Then there’s Leo. Now that we are homeschooling, he loves nothing more than to read in his bed for thirty minutes or so before descending the stairs for breakfast. I used to do that myself so I totally get it, and I’m a little bit jealous. The problem is, we usually have a school drop off for either T or Seuss and sometimes he is frazzled and whiny when it’s time to leave the house.

And then there is Seuss. He is three and he spends his morning asserting his control in the only way he really can at this point: food strike. He will select a breakfast and then sit there, not eating.* He will disrupt his brother and sister with wild shenanigans. He pokes their food and makes faces at them. This goes against the “do not engage” with T rule and sends her fuming into a fit of anger.

So between Seuss’ shenanigans, T’s anger, and Leo’s dawdling, I spend my mornings standing in the middle of my kitchen, feeling anything but peaceful. I put out fires, clean up spills, dole out breakfasts at different times, and assemble lunches, all while my coffee cools untouched on the counter top. Last week it occurred to me that there has to be a better way. We try to teach our children independence. They help with laundry, cleaning, and meal prep with the exception of breakfast. What if they did breakfast themselves??

They can reach the cereal and the bowls and the cups, but they cannot reach or handle the heavy milk and juice containers. This was the only reason why they haven’t been more independent with breakfast, so I bought two small pitchers and filled one with juice and the other with milk. Voila! Problem solved, right?

This morning was the first day. My little poppies were very excited about the little pitchers and the independence. I watched as they maneuvered the pitchers and bags of cereal. T politely asked Leo to help her pour her juice and he happily obliged. Without coaching, I heard them use their manners as they passed and served.

And… guess what? I drank my coffee while it was hot!!

What small changes have you made, as parent, that made this parenting gig a bit easier? Share them here!!

*What Seuss doesn’t know is that his parents survived almost three years of failure to thrive with his older brother. We are now seasoned and are not phased by this battle: we know he will eat eventually.

In the final analysis it is not what you do for your children but what you have taught them to do for themselves that will make them successful human beings.