You know how sometimes your kids will do something so completely adorable or quirky or just so them for what seems like forever and then, one day, you realize it’s gone?  That they’ve grown up a bit and you didn’t even notice when it happened? There are so many bittersweet parenting moments like this.

T used to call her belly button her “belly bunt” and we loved it. We used to talk about her belly bunt all the time just to get her to say it in her adorable little voice. And then one day, she said “belly button” and I literally shed a tear while Schizz made fun of me. Okay, maybe a couple of tears.

For years, Leo would say, “I’m having a long time!” instead of, “I’m having a hard time” and it made those temper tantrums ever so slightly more bearable.

In our house, Humpty Dumpty was “Humpty Dump-Dump”

The bakery was “the chocolate chip house” and the breakfast place we frequented was “the pancake store.”

Seuss would always shout, “Yay-hay!” instead of “Hooray!”

When T wanted me to pick her up, she used to say, “Carry me up, Mumma!” When she wanted me to do something right now, she’d say, “Ripe now, Mumma!”

During bedtime prayers, Seuss would pray, “In the name of the Father, and of the Son and of the hummus sammich, Hay Man.” Hummus sandwiches are pretty awesome.

For the longest time, T thought that the Nativity included a guy named Larry.

For the longest time, when the kids were bickering at breakfast, I would say, “Just ignore [insert name]” and Seuss would roar. He thought I was saying just roar.

Piggy banks were penny banks and they contained penny-coins.

And I don’t even know how to attempt to spell how they all pronounced the word ambulance.  I can almost not remember it myself, but man do I miss it.

Leo used to confuse the terms ponytail and mohawk and then he began to refer to T’s ponytails as “pony hawks” and he did it so frequently that T used to say it all the time, too.

Today, I present to you all the double-story g:

As part of Leo’s occupational therapy, he has been working on proper letter formation. He is fully capable of writing each letter beautifully with perfect formation when he wants to do so but will often form them from bottom-up in haste.  And he’s been very stubborn about letting go of his double-story g. 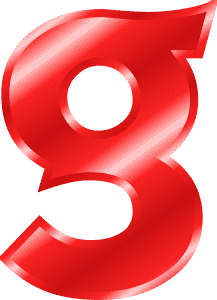 I wrote a blog post about notes last month and it was then that I realized the double-story g might be gone.  I have been watching, waiting, and I’ve seen a lot of Leo’s writing.  No double-story g. It’s g-g-g-gone. I’m not gonna lie, I’m mourning a bit.

So, to cope with this latest loss, I’m going to make a lot of omelets and enjoy every second of Seuss calling them egglets because I know they could be g-g-gone in an instant.

What bittersweet parenting moments have you experienced lately?What did your kids used to say that you find yourself missing now? What do they say now that you’re holding onto desperately? Share here!

We’ve had bad luck with our kids- they’ve all grown up.