When Leo was 3-years-old, he was obsessed with dinosaurs.

We had dinosaur books everywhere, he drew pictures of dinosaurs, he wrote books about dinosaurs. We read [easyazon_link identifier=”0545694809″ locale=”US” tag=”mylitpop-20″]Dinosaurumpus[/easyazon_link]! so many times that I still have it memorized. Our copy is worn and tattered, well-loved. 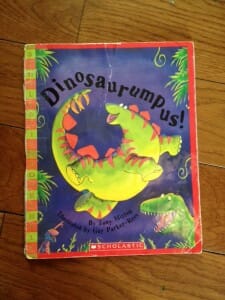 One night, when I went to tuck Leo in for the evening, I found him sobbing. He was afraid to fall asleep. Over the years, Leo has had a number of bedtime fears, so this was nothing to new to me. I sat down on his bed, rubbed his back, and asked him if he could tell me why. I wanted to get at what the fear was on this particular night so that we could tackle it and hopefully all get some rest.

“Mumma,” he began, “the dinosaurs are extinct…” his voice trailed off and he succumbed to the tears once more. I unearthed my sweet boy from his twisted-tornado sheets and snuggled him in my arms. I held him there, squeezing his sad little body, and I waited for him to share more.

And thus began our fear-of-death-and-extinction-phase. I wasn’t able to tackle the fear that night. It persisted for weeks. I mean, let’s be honest here, the kid had a point. 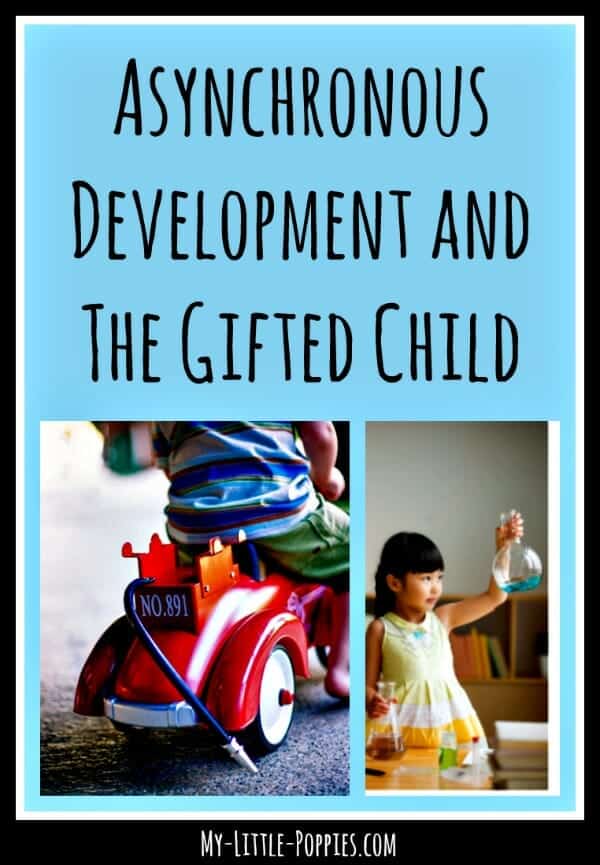 Asynchronous Development and The Gifted Child

There are so many gifted myths out there. So many. And, sadly, many of these myths are perpetuated in our public education system. Too many people mistakenly equate giftedness with high achievement. They assume that gifted children do not require special programming, that they will do fine if left to their own devices. Many people think that everything comes easily to gifted children, and assume they must be easy to parent. Because of this, gifted programming is often viewed as elitist and unfair to others- it’s seen as providing more for those who are already ahead. The concept of twice-exceptional children, children who are both gifted and learning disabled, is not well known- let alone understood– outside of the gifted community. I wish there was an easy way to increase the public’s understanding of gifted and twice-exceptional children.

As an educator, gifted advocate, and mom to a profoundly gifted twice-exceptional son, I wish these myths were extinct. These myths have been around forever and overcoming them feels insurmountable at times. But I know that all change starts small. So, if I could just get people to understand just one thing about giftedness, it would be this: asynchronous development. One of the hallmarks of giftedness, asynchronous development refers to the uneven intellectual, social-emotional, and physical development that is so common among gifted children. Put simply, gifted children are often out-of-sync. While the average child develops relatively evenly, the gifted child can be many ages at once. And the more gifted the child- the further to the right on the bell curve- the more asynchronous the child may be. Asynchronous development often becomes less of an issue with time, although difficulties can persist into the teen years.

A dinosaur-obsessed 3-year-old who is also terrified of mass human extinction is a perfect illustration of asynchronous development. Little Leo’s interest in dinosaurs was age-appropriate but his understanding of extinction and death was well beyond his years.

Asynchronous development is why, during a particularly severe thunderstorm, a completely out-of-control 4-year-old Leo ran to our basement screaming at quick-fire speed, “Get away from windows! That lightning is TOO CLOSE! Light travels one million times faster than sound. It takes sound one second to travel five miles. It was less than five second between lightning and thunder! It’s windy! This might be a supercell! Get in the basement!”


Gifted children are asynchronous in their development

Asynchronous development is the reason why Leo floundered in kindergarten. It is the reason why he did not want to return each day, and why he melted down every afternoon, once safely in our home. No one should be so misunderstood at five.

Asynchronous development is why, over the summer at the age of six, Leo had a mature and heart-wrenching conversation with me about overcrowding and its impact on our local coyote population and yet, two days later, I had to under-arm him out of a robotics event because he was unable to wait in line or control his emotions.

Leo is many ages at once. Chronologically, he will be seven in a few short months. Intellectually, he is more than twice his age. His social-emotional development, however, is probably that of a five-year-old. He is a funny, brilliant, creative, energetic, frustrating, demanding, and exhausting little person. He is a joy to raise, however, parenting him has been one of the greatest challenges of my life. Over the years, it has gotten easier, but it’s never been easy. 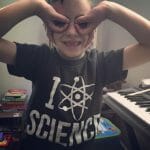 I truly believe that if more people understood the concept of asynchronous development, and began to think of giftedness as asynchrony, many of the gifted myths would be dispelled. Gifted students would no longer be equated with high achievers. People would realize that gifted children do not have it easy and that they are not easy to raise. The term twice-exceptional would make sense to more people. People would begin to understand that these asynchronous children have unique and special needs. Rather than being viewed as elitist, gifted support would be seen as a necessary part of a child’s development. Intellectually, they need to be with peers with whom they can relate (“Hey! You guys! Look at that right there- isn’t it beautiful? Doesn’t it look like a portcullis but with flowers?” is not a typical 5-year-old conversation), but they also need support in order to meet success in that environment. In the school setting, these students need to be challenged intellectually but with support and scaffolding for their unique social-emotional needs. 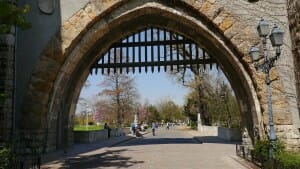 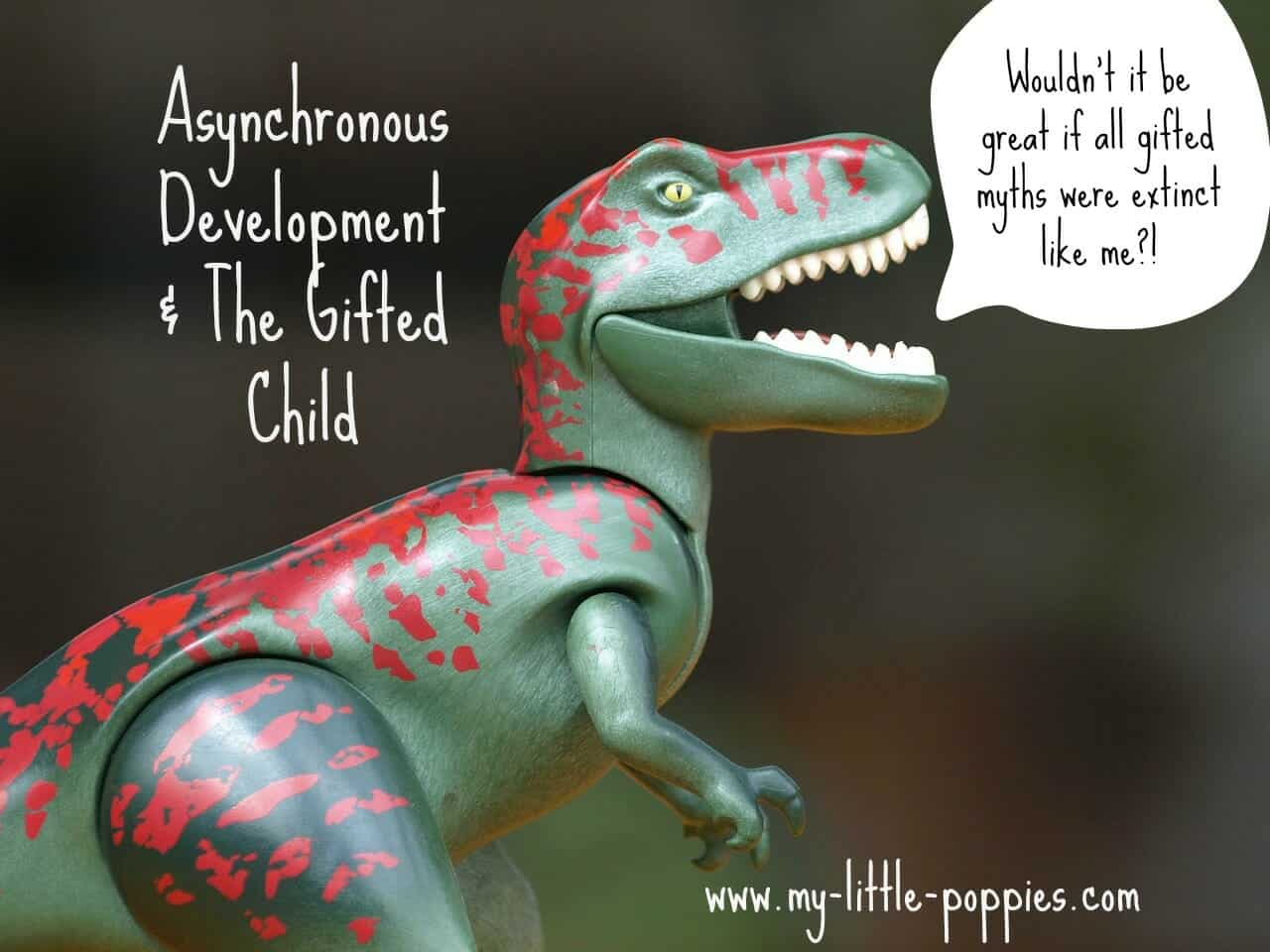 I have oodles of books on giftedness and asynchronous development here, and I am excited to delve into [easyazon_link identifier=”0898243807″ locale=”US” tag=”mylitpop-20″]Off the Charts[/easyazon_link]:

Now, it’s your turn. Tell me: Are you parenting an asynchronous child? Share your story here.

The truly creative mind in any field is no more than this: A human creature born abnormally, inhumanely sensitive. To him…a touch is a blow, a sound is a noise, a misfortune is a tragedy,a joy is an ecstasy, a friend is a lover, a lover is a god, and failure is death. Add to this cruelly delicate organism the overpowering necessity to create, create, create–so that without the creating of music or poetry or books or buildings or something of meaning, his very breath is cut off from him. He must create, must pour out creation. By some strange, unknown, inward urgency he is not really alive unless he is creating.