I’d like to share a homeschooling reflection with you guys. You know that classic scene from The Wizard of Oz? The one where Dorothy first sets foot in Oz, with Toto in her arms? With awe, she looks around at her new and fantastic surroundings and says, “Toto, I’ve a feeling we’re not in Kansas anymore.”

Well, that famous quote has been running through my mind often these last few weeks. We might not be in Oz, but things are starting to look a little funny around here. 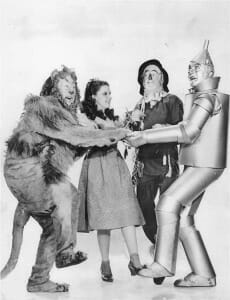 Funny in what way, you wonder? Let me give you some examples.

The other night before dinner, I heard Seuss singing, “One life, one chance, one ticket to the big dance…” Now, it’s not unusual that my child would be singing a little Kenny Chesney, what’s unusual is what came next. Seamlessly, he made the Kenny song flow into an entirely different song, “Vale, vale time to go. Time to go vale. It’s the end of the day and it’s time to say vale, vale time to goooo!”

It’s unusual that my three-year-old is singing both Kenny Chesney and LATIN.

We’ve been having some interesting conversations.

My six-year-old has decided to learn cursive. His idea, not mine.

For the first time, Leo raided my bookshelf. He happily devoured The Neverending Story over the course of a few days, with no one insinuating that while he might be reading the book, he certainly couldn’t be comprehending the book.

There are science experiments happening all over the place! I have suggested a few of them, but science is also happening without my involvement.

I’ve been on the receiving end of several fascinating notes.

There is an awful lot of writing going on in our house. It’s happening on its own, happily, and without drama.

Also, there’s a growing pile of textbooks that we’ve actually finished already. I don’t know about you guys, but I don’t recall ever finishing those books that I lugged to and from school each day.

I’m astounded by what can happen when you let go of the traditional school mindset and set your child free. We’ve only been homeschooling for a few months now but the changes around here are remarkable. I’m amazed, on a daily basis, by my little poppies. 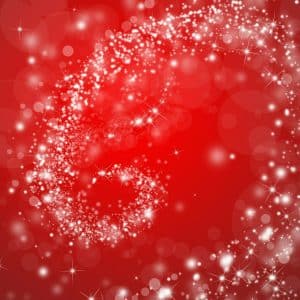 Toto, I’ve a feeling we’re not in school anymore.
What about you guys? Can you share a homeschooling reflection? I’d love to hear what has changed in your world since starting this journey!
***
Over the years, I have noticed that the child who learns quickly is adventurous. She’s ready to run risks. She approaches life with arms outspread. She wants to take it all in. She still has the desire of the very young child to make sense out of things. She’s not concerned with concealing her ignorance or protecting herself. She’s ready to expose herself to disappointment and defeat. She has a certain confidence. She expects to make sense out of things sooner or later. She has a kind of trust.
~John Holt
***